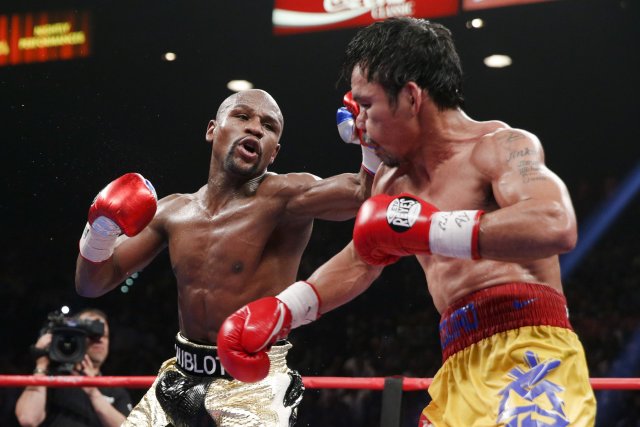 On Saturday, Aug. 26, Showtime Boxing will hold a pay-per-view event pitting undefeated boxing legend Floyd Mayweather against current UFC lightweight champion Conor McGregor. The event takes place from the T-Mobile Arena in Las Vegas and can be purchased for $99.95 in high definition.

Mayweather, 40, has not competed in nearly two years. He retired in 2015 with an unblemished record of 49-0, including wins over Manny Pacquiao and Oscar de la Hoya. McGregor, meanwhile, has no professional boxing experience, but carries a record of 21-3 in MMA competition. The Irishman simultaneously held the UFC featherweight and lightweight championships before relinquishing the 145-pound strap earlier this year.

The fight will be a 12-round affair, taking place at 154 pounds with 10-ounce gloves. There is no rematch clause in the fight contract. Financial details for the bout are to remain confidential.

Mayweather and McGregor will be doing a pre-fight press tour with stops in Los Angeles, Toronto, New York and London.

The pair’s third stop will be in New York on Thursday, July 13. A video of the action (courtesy of Showtime) can be viewed above beginning at 6:30 p.m. ET.