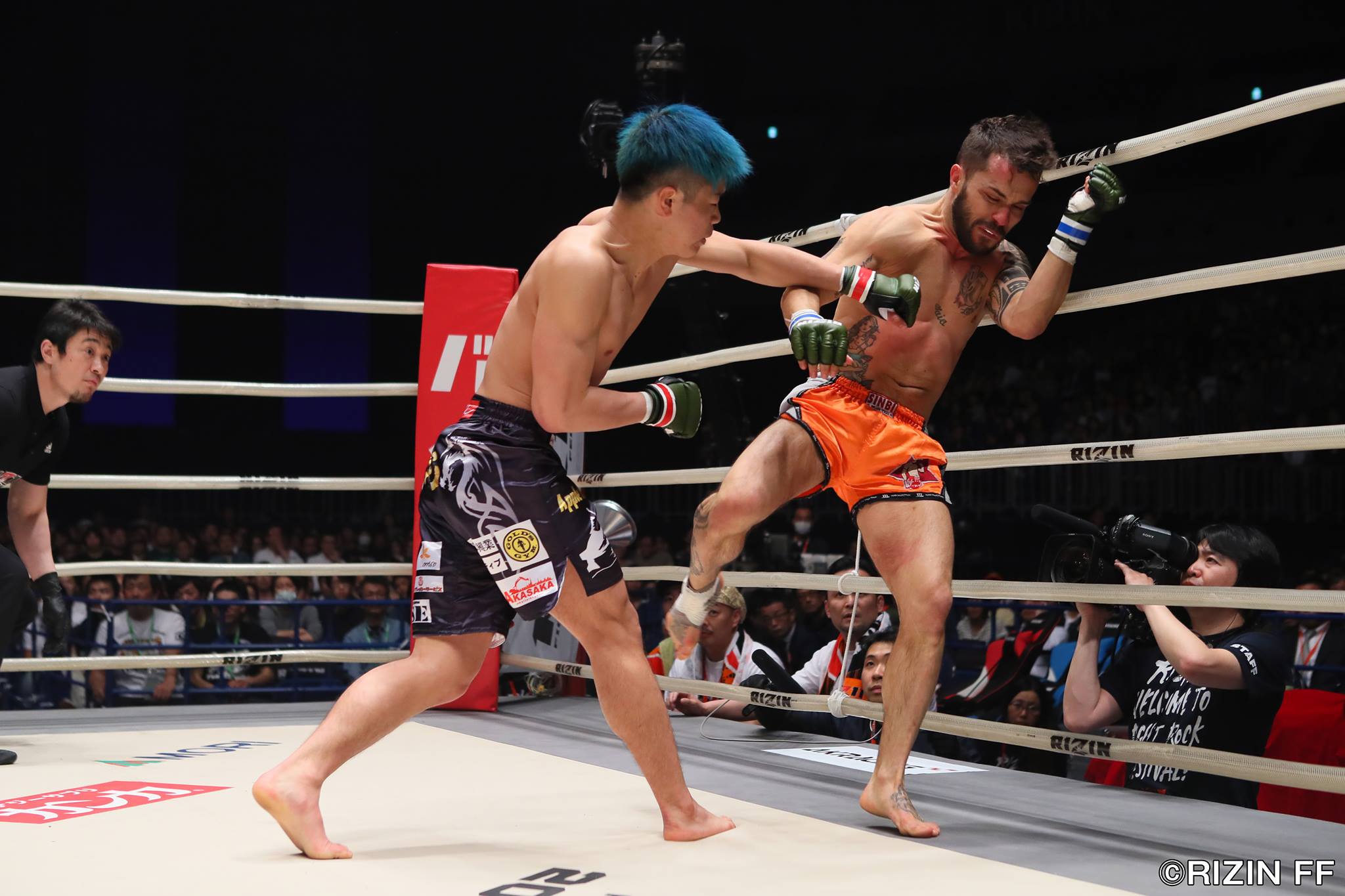 In the evening’s main event, Japanese kickboxing superstar Tenshin Nasukawa, who is still only 18 years old, returned to the ring unbeaten in 18 professional fights with 14 knockout victories. Nasukawa, the current ISKA and R.I.S.E. bantamweight champion took on Ryan Sheehan.