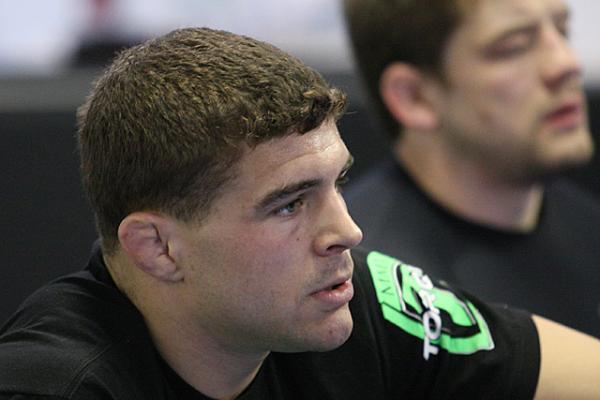 Is Al Iaquinta Justified In His Personification of His Ragin’ Nickname?

Let’s be honest and get right into it, shall we? When the UFC announced that Cub Swanson, coming off his “Fight of the Year” candidate with Doo Ho Choi, would be taking on Artem Lobov in his next bout, the appeal just wasn’t there.

Lobov’s real claim to fame and obvious reason for his stardom has come from his association with current lightweight champion Conor McGregor. Lobov sported a dismal 13-12-1 record before the Swanson bout and had gone just 2-2 in his UFC tenure. Swanson, on the other hand, had gone 9-3 in his UFC stint prior to meeting Lobov. Swanson’s only losses had come to former champion Frankie Edgar, current interim champ Max Holloway and former title challenger Ricardo Lamas. The pairing of Swanson with Lobov for a headlining fight just seemed like a very unusual and unnecessary booking for the division. The result? Exactly what everyone expected. Swanson took the win with relative ease.

The rest of the UFC Fight Night 108 card is what has been drawing the real talking points. It showcased up-and-coming flyweight Brandon Moreno, who scored a beautiful rear-naked choke of Dustin Ortiz. It was enough to score the young fighter a well-deserved performance bonus of $50,000. This was just on the prelims, too.

The real carnage began at the start of the main card when “Platinum” Mike Perry took on seasoned veteran Jake Ellenberger. Take a minute and look at what Perry has accomplished in his very short tenure — nine months, to be exact — in the UFC. Perry has managed to secure two highlight-reel knockouts and place himself into the casual MMA observer’s life with his brash, controversial comments and his cocky, yet warranted attitude. But once Perry was defeated for the first time in his career, he went back to the drawing board and came out a much more patient, albeit silent, killer. The elbow that was thrown off the break of the clinch separated Ellenberger from consciousness and added one more highlight to Perry’s ever-growing collection. The loss puts Ellenberger at 1-4 in his last five bouts, with his lone win coming via a stunning TKO over Matt Brown in July. The people watching knew this would be a tough one to beat for a performance bonus.

Stevie Ray squeaked by gritty veteran Joe Lauzon and John Dodson added Eddie Wineland to a list of opponents he has bested. We saw Ovince St. Preux defeat Marcos Rogério de Lima with the “Saint Preux Choke”, also known as a Von Flue choke. Beautiful, but it didn’t get OSP a performance bonus.

Then, in the co-main event, Diego Sanchez, sporting whatever nickname he has chosen for this month, took on ‘Ragin’’ Al Iaquinta, who was coming off a nearly two-year retirement from the sport. Sanchez is not the fighter he used to be. He has bounced around four different weight classes trying to find his home. He has alternated wins and losses over his last six bouts. Age is starting to catch up to him. The result? Iaquinta was able to easily dispatch of the former title challenger in just under two minutes.

It was the first time Sanchez had been officially knocked out in his MMA career. This obviously huge accomplishment would most certainly get a bonus for Iaquinta, who has voiced his monetary concerns publicly before, right? Not so. The UFC felt that Swanson and Lobov were worthy of “Fight of the Night” and Perry was the recipient of the other $50,000 bonus.

This prompted an outburst from Iaquinta that was quite brash, but not in the way the UFC likes. Iaquinta went to Twitter and tweeted, “Hey @ufc go fuck yourself.” This isn’t exactly what you would expect someone to say to their employer.

Was Iaquinta justified in his rage?

Iaquinta seems to forget that he violated UFC policy during his previous tenure. It was these actions that made him ineligible to receive a bonus. Fighters do not get paid anywhere near what they deserve given the sacrifices they make all year round and in all aspects of their lives, but you cannot bite the hands that feed you — unless, of course, your initials are C.M. and you never plan on defending your title.

Iaquinta should pick the lifestyle that is going to suit him. If he wants to fight, then he should try to renegotiate his contract. Or he should fight for a different organization. Or he can continue selling real estate. However, his actions, while justifiable to some, just dug himself deeper into the well. The UFC is holding the rope, but the company might yank it away.