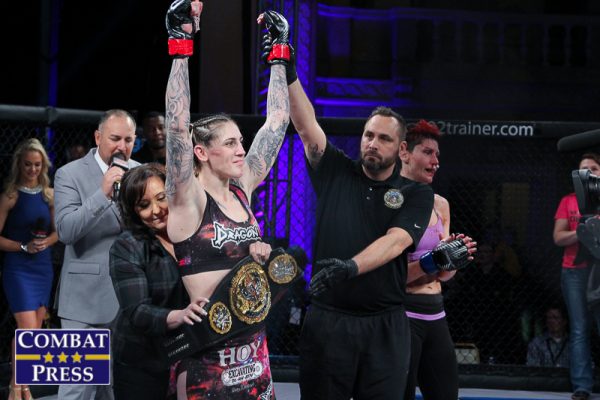 The 24th event from Invicta Fighting Championships has its main event.

The promotion has announced that featherweight champion Megan Anderson will make the first defense of her title against unbeaten Helena Kolesnyk on Saturday, July 15. The event takes place from the Scottish Rite Temple in Kansas City, Mo., and streams live on UFC Fight Pass.

Anderson, a native of Australia who now resides in Kansas City and trains out of Glory MMA, captured gold at Invicta FC 21 in January. The 27-year-old stopped Canadian Charmaine Tweet in the second round to earn her fourth straight knockout win inside the Invicta cage.

The challenger Kolesnyk was born in the Ukraine but now trains out of Moscow, Russia. She has yet to taste defeat through six professional outings. The experienced boxer and Muay Thai practitioner was most recently in action in April, finishing Tatiana Portnova in just 25 seconds. Four of her five wins have come via strikes.

Additional bouts for the event will be announced at a later date.