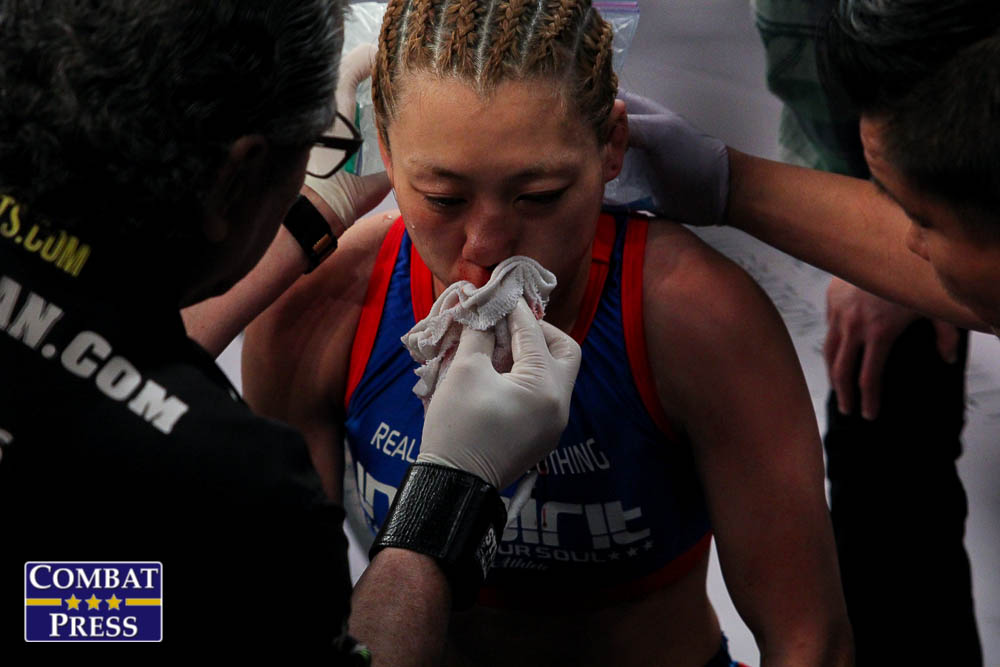 Anyone who’s been watching or playing contact sports their whole lives knows how serious of a toll concussions have on every single athlete out there. It doesn’t matter how big, strong or tough you are, you’re bound to have at least one concussion scare in your career. Unfortunately, that’s just the name of the game.

Finally, someone is doing something to address this problem for the sport of mixed martial arts, and it’s a long time coming.

During a recent interview on “The Three Amigos Podcast,” hosts Stephie Haynes, Iain Kidd and Mookie Alexander spoke to Dr. Michael Kelly, a ringside physician for the state of New Jersey who has been witness to trial test runs for some fascinating new technology that analyzes the eye movement of a fighter to easier detect whether they are suffering a concussion.

Dr. Kelly’s interview on the podcast was transcribed by Kidd. Here are some of the most interesting excerpts from that transcription:


One of the biggest indicators is an inability for the eyes to follow across the horizontal field of vision. The ability to follow across the horizontal plane requires four different parts of the brain to function simultaneously. The end result is people have “abnormal smooth pursuits” or abnormal saccades. When the eyes try to follow something they pop back and forth, almost like they are vibrating on the horizontal plane. It’s very hard to detect this unless you’re watching closely and you’re a trained physician. It’s also hard to quantify how much of the movement is abnormal.

What the Eyeguide Focus entails is having a person follow a small white dot on a computer screen, while a camera focuses on the retina and takes pictures of the eye movement at 70 frames per second. The computer then calculates how smooth or erratic the eye movements are.

Even fighters who won, but sustained heavy blows, showed some changes.

Another really interesting finding is from one fight in particular where the fighter had massive facial trauma, and he had taken a number of blows, but a lot of those blows were on the ground, where his head wasn’t moving much. So, although he had facial trauma and possibly injury to the bones, that fighter was very lucid and his speed was very quick. He was acting very normal, despite how his face looked, and when we tested him the machine correlated with that [and didn’t show a concussion].

At first, we were testing fighters immediately after they came out of the ring, but what we didn’t do was take their heart rate and try to correlate whether or not that affected the findings. The test involves their head sitting on a device, so if their adrenaline is flowing, their heart rate is up and their blood pressure is up, they might be having slight oscillations that might affect the outcome of the test.

From what I’ve seen, the machine is almost idiot-proof. Someone can learn how to use it in about a minute.

Right now, the results are broken down into score bands for the baseline, and results of either impaired or not impaired from the test. That is determined based on the results from around 4,000 samples. If it works well, the machine will be able to tell you if a person is impaired or not impaired, and how many standard deviations a fighter’s results are below their baseline results.

The NJSACB plan to test the machine further at a boxing event in May, which should provide even more data since KOs are more common in boxing. Dr. Kelly is already using the device in his own private practice.

New Jersey isn’t the only state taking steps to improve its concussion detection. The California state athletic commission under Andy Foster is also running a trial on a new concussion protocol, that one based around the C3 Logix system developed by doctors at the Cleveland Clinic.

The full interview and discussion is definitely worth a listen.

What MMA fans need to know is that state athletic commissions all over the country, and perhaps the world, are going to continue to look for ways to more easily detect concussion symptoms, regardless of what technology they use or what methods they employ. This isn’t just a problem in combat sports, but in any sport involving body-to-body contact, whether it be American football, soccer, hockey, boxing or baseball.

Any athlete is in danger, and while the process will never be perfected, the best thing to do is to invite technology like this to be experimented with, as much as possible, and know that it can be used in a safe manner, then further be built upon, as well as improved. There’s nothing to lose in doing something to detect head trauma, especially since it doesn’t affect the health of the individual, and since there is no other way for doctors to potentially detect a concussion almost immediately.

As Dr. Kelly stated in the interview, the doctors who can see if someone has a concussion are looking in their eyes and examining the pupils. Even then, those doctors have to have an extremely good sense for noticing abnormal eye movement, which isn’t a foolproof method, either. With human-only examination, the athlete still won’t always be correctly diagnosed with a concussion. That’s where the EyeGuide Focus comes in.

This test has the technological fortitude to see a lot of things that even the smartest doctors can’t see. When a sport as dangerous as MMA has the opportunity to use something like this at no risk to the health of the fighters themselves, then the leaders of the sport should jump head first into the opportunity and make the best out of it.

Head trauma and concussion syndromes are already a problem in multiple mainstream sports, most prominent in boxing and football, and those are only the ones that have been confirmed. There are a lot of athletes who have died from terrible head symptoms which went undetected. If the technology was right, at the time, death could have been prevented, or at least some kind of treatment could have been conducted to prevent any health complications for future athletes.

The EyeGuide Focus and this kind of technological eye-movement analysis is the next step forward for doctors to know when athletes have suffered a concussion. It will assist these physicians in doing everything they can to help foster that individual back to full health, while knowing they’re not going to be sent back out there to absorb even more punishment once they are already concussed.

This insight from Dr. Kelly is incredibly useful. If every single state athletic commission doesn’t at least consider using this technology, then it will put to risk the life of every single MMA fighter, as well as be a serious detriment for organizations that want the sport to continue to grow and improve.

You can never go wrong with top-of-the-line technology.