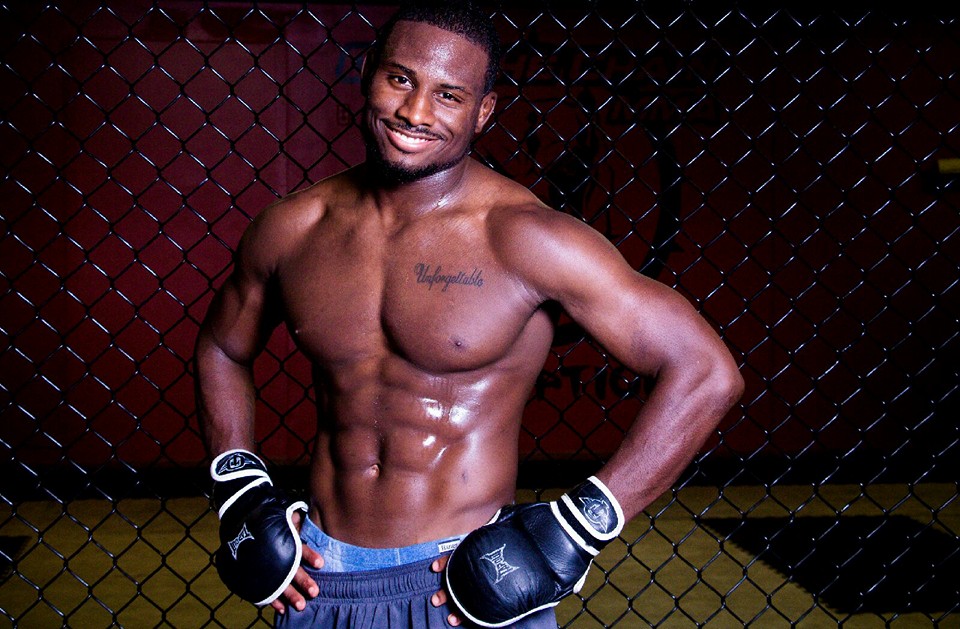 Chauncey Foxworth grew up in Hot Springs, Ark. He was a member of the football team and had dreams of making it to the NFL. He was always drawn to mixed martial arts, too. Once it became apparent that his ambitions of making it big on the gridiron were gone for good, he traded a helmet and pads for a pair of four-ounce gloves.

“I always liked MMA,” Foxworth told Combat Press. “It has you choose your destiny, as long as you’re willing to put in the work.”

It didn’t take long for Foxworth’s destiny to come into focus. During a 7-6 amateur run, he lost his lone amateur fight for Legacy FC. He turned pro in 2015 and landed in the World Series of Fighting in only his third professional bout.

“I’m glad I got that experience out of the way,” said Foxworth, who boasts an overall record of 6-2. “I was prepared physically, but I was a little starstruck. That loss lit a fire under me; I keep that loss because I paid too much attention to the hype.”

The loss came to Jaleel Willis, who at that point had won five of his six total amateur and professional bouts by first-round knockout.

“He was supposed to knock me out in the first round too, but I lasted the whole time,” said Foxworth. “I didn’t listen to my corner in that fight, but I learned from it and I’ve progressed greatly since then.”

Foxworth rebounded from the loss to win three of his next four bouts, including his debut for Shogun Fights at the Maryland-based promotion’s 15th fight card. Foxworth’s victory over Jon Delbrugge came in a bout for the inaugural Shogun Fights welterweight title.

“I wasn’t starstruck like I was in WSOF, but it was good to get my name out there,” Foxworth said of his first Shogun Fights experience. “I’m always fighting in some guy’s hometown, and that was the biggest crowd I ever fought in front of. I had a heck of a good time. It was exciting and I felt like I was fighting back in Arkansas. Shogun Fights knows how to put on a show.”

Foxworth was originally supposed to face Micah Terrill at Shogun Fights 15, but he was switched to the fight with Delbrugge for the welterweight title at the last minute. Foxworth’s striking and takedown defense allowed him to capture the belt, but if you ask Foxworth, it wasn’t enough.

“I’m not happy if I don’t get a finish,” Foxworth said.

He gets another chance to end a fight when he finally faces Terrill at Shogun Fights 16 on Saturday, April 8, in Baltimore. Terrill is coming off back-to-back, first-round knockout victories, including at the previous Shogun Fights card in October.

“I can take the fight anywhere,” Foxworth said. “He’s a very tough guy, but I was in tip-top shape in my last fight and I’m in the best shape of my life now. Micah’s a pretty cool guy, but when that cage door closes, I’m going to try and take his head off, because I have a family to feed. And I’m sure he’s going to try and do the same to me.

Foxworth would like to thank God, his mother, brother and son. He would also like to thank his teammates and coaches and the residents of Hot Springs, Ark. He also wants to thank his sponsors: Lela’s Landing, MAC Fence & Deck and Tydal Wave Creative. Follow Foxworth on Instagram: @chauncey.foxworth
Advertisement