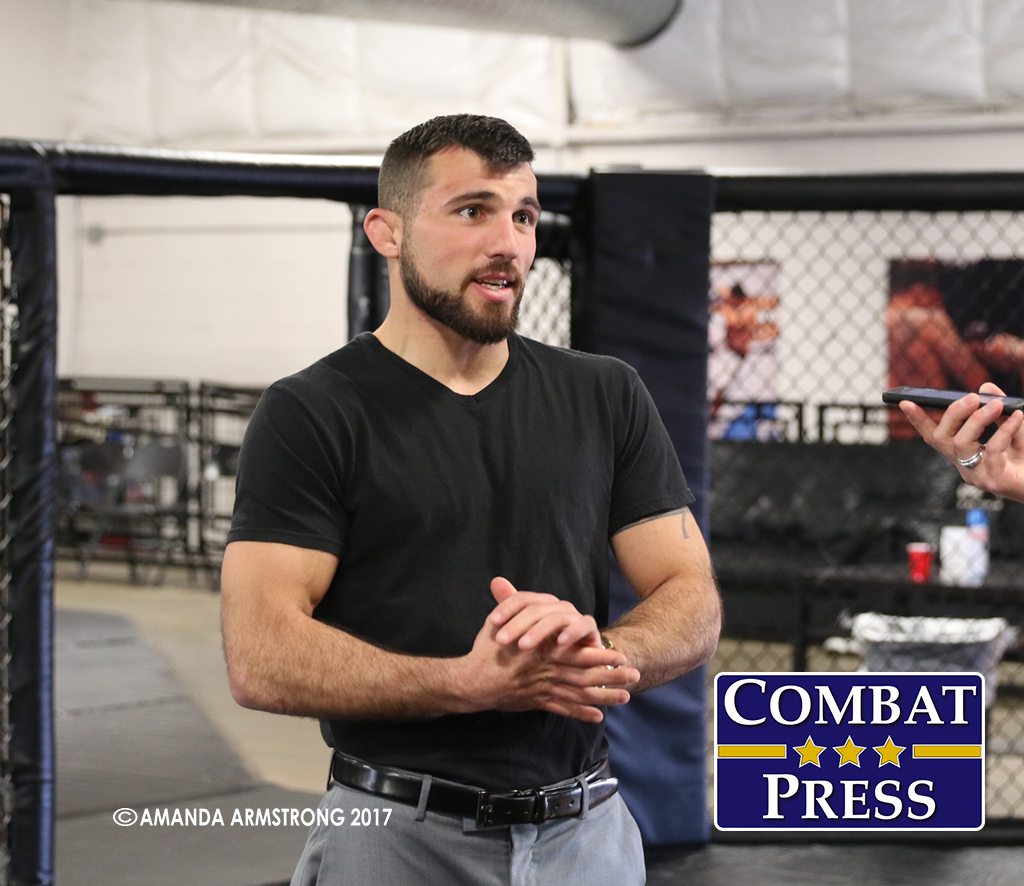 The average fight fan may not know who Derek Brenon is today. However, they soon will.

There are very few prospects who are slowly creeping up the ladder without a blemish on their records that have as much promise as this native of upstate New York. Brenon grew up in Watertown, N.Y., where he got started in combat sports at a very young age. He was able to transition to a college-wrestling career, and he’s now undefeated in MMA.

“When I was five years old, I was watching Matt Hughes versus B.J. Penn, and I looked at my dad and said I wanted to do that,” Brenon told Combat Press. “It’s been a dream of mine since I was a little kid. I started wrestling when I was three, and I did judo as well. I’m a black belt in judo now, and I started jiu-jitsu when I was 13. I’ve been doing martial arts for a long, long time. I knew that when I graduated from college and was done with wrestling, that I was going to transition into MMA.”

Brenon went to Ithaca College, where he was an NCAA Division III All-American his junior year.

“I should’ve done a lot better, but I was immature and didn’t focus enough,” Brenon admitted. “I learned a lot of lessons from college, and I’m way more focused now.”

The New Yorker left his home state to train in different parts of the country. A few months ago, he landed at Factory X Muay Thai in Englewood, Colo.

“I’ve been out here since December, and I’m super excited,” Brenon said. “I was training at the American Top Team headquarters down in Coconut Creek [Fla.] for a year, and it just wasn’t the right place for me. I came out here and found Factory X, and fell in love with the place. My best friend from high school lived out here, so we just dropped in, and I immediately knew I needed to train here. All the guys at Factory X have helped me out so much, especially with my stand-up game. I’m so excited to showcase what I’ve learned.”

Less than two weeks ago, Brenon was offered his first fight in Colorado. The fight came on short notice and takes place Friday night at Paramount MMA 7 at the iconic Paramount Theater in downtown Denver. Paramount MMA is a recent revival of a previous local promotion that is now spearheaded by former UFC fighter Tony Sims. Sims has done a fantastic job of putting together some of the best talent in the region, and Brenon is a welcome addition.

“I think it’s a great promotion,” said Brenon. “It’s pretty new to me, but they’ve been super supportive in trying to get me a fight lined up for this card. I’m excited to see where this progresses.”

Brenon was originally a fill-in, but his opponent dropped out and was replaced this week by Jesse O’Rullian of Utah. Brenon was undefeated as an amateur, stopping all of his seven opponents by a nearly even split of submissions and knockouts. As a pro, he is 3-0 with only one decision. O’Rullian also went undefeated in four amateur fights, with four knockouts in only 15 months. As a pro, the Utah-based fighter is 1-1. Last April, O’Rullian submitted Tyler Cutsforth. Now, Brenon and O’Rullian are set to collide.

“I’m ready to go,” said Brenon. “I’ve taken a year off from fighting. I haven’t competed since two Septembers ago, and I’ve been like a caged animal. I’m ready to get out there and do my thing again.”

Brenon does not have a job outside of MMA. Instead, he has prepared to make fighting his full-time career. He spent over a year working hard to get the money together to move out to Colorado and do things right. This weekend, he gets the chance to showcase his skills in front of the Colorado crowd. The best part is that it was announced that UFC President Dana White will be in attendance filming his reality show, Dana White: Lookin’ for a Fight.

“When I drop my opponent on his head and he doesn’t get up, people are going to be really impressed,” said Brenon. “Not many people get knocked out from slams, but I’m pretty good at it.”

Brenon wants to thank his family, his friends, his coaches, his training partners and his best friend, Hung. Follow Derek on Twitter: @DerekBrenon
Advertisement