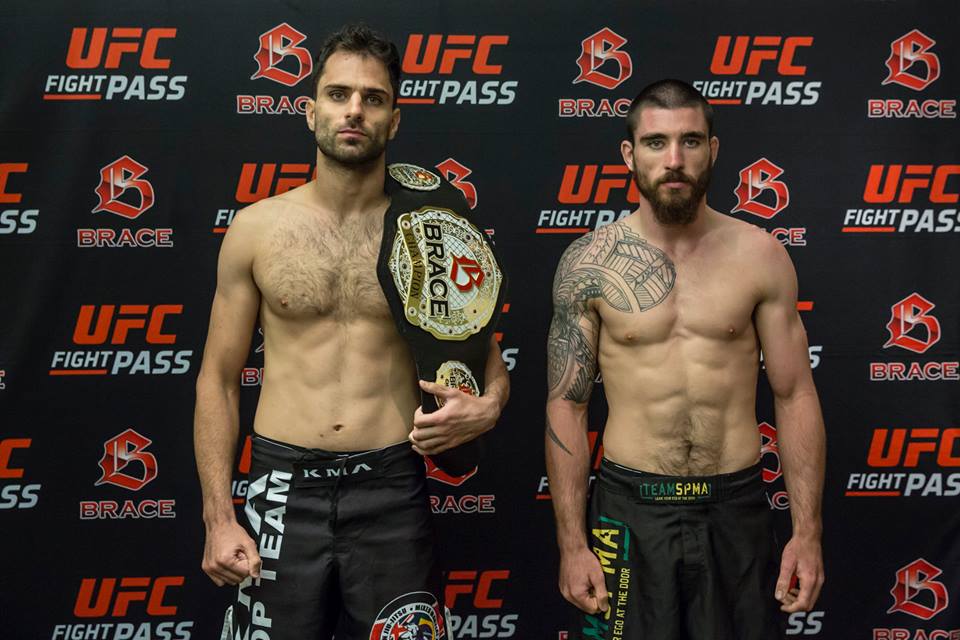 In the night’s main event, the promotion’s welterweight title was be on the line as champion Theo Christakos took on Andrew Mills. The bout marked the first title defense for Christakos, who captured the belt with a first-round finish of Rick Alchin at BRACE 45. It was be the seventh appearance with the promotion for the champion. Mills, meanwhile, is also a promotional mainstay. He wasmaking his sixth appearance with the organization and also holds a win over the aforementioned Alchin.