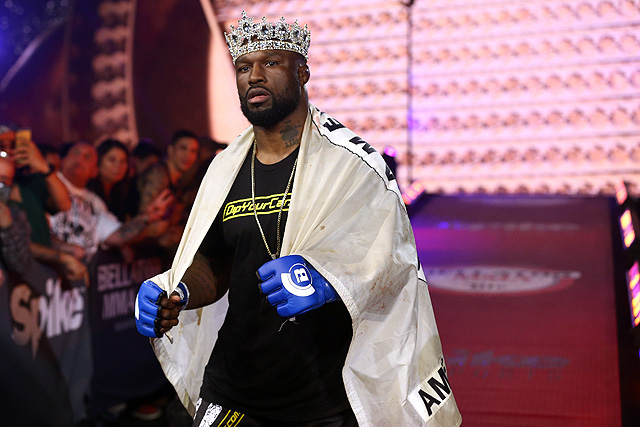 On Friday, March 31, Bellator MMA hosted its 175th event from the Allstate Arena in Rosemont, Ill.

In the night’s main event, veteran Quinton “Rampage” Jackson and Muhammed “King Mo” Lawal met for a second time in a heavyweight contest. The pair locked horns at Bellator 120 in 2014, with Jackson earning a contentious decision victory. Since that meeting, Jackson had competed just twice due to contractual issues between the promotion and his former employer, the UFC. Lawal, meanwhile, had been very active, competing 10 times during the same stretch. The former Strikeforce titleholder won eight of those 10 bouts, but fell short in his quest for Bellator gold against Phil Davis last May.

The action kicked off Friday with a live preliminary card stream on Combat Press at 7 p.m. ET. The night’s main card aired on Spike TV beginning at 9 p.m. ET.