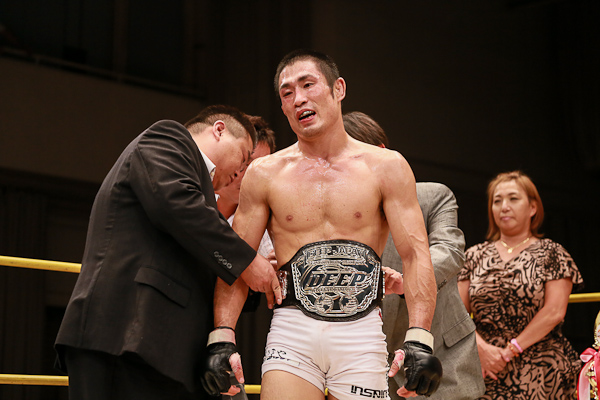 On Sunday, Jan. 29, Shooto Japan returned to the Korakuen Hall in Tokyo, Japan for Professional Shooto 1/29.

In the evening’s main event, Shooto world featherweight champion Yutaka Saito looked to rebound against England’s Mike Grundy after losing to Isao Kobayashi in a non-title bout in his most recent outing at Vale Tudo Japan 8. Saito was unbeaten in his 11 bouts prior to the loss including two wins over Yoshifumi Nakamura to win the Shooto world title. Grundy had stopped seven of his eight wins in the first round by way of submission.