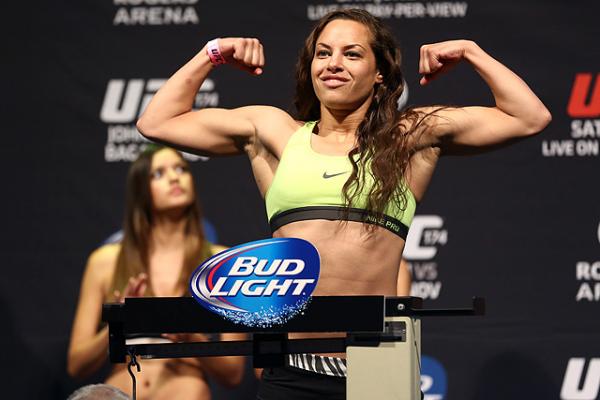 The MMA debut of boxing world champion Heather Hardy will have to wait.

Hardy’s opponent for Invicta FC 21, Brieta Carpenter, has suffered a concussion and has been forced off the card. The promotion announced that it could not find a suitable replacement for the flyweight bout on such short notice, so Hardy will be rescheduled for a future event.

Despite losing the flyweight bout, a new featherweight bout has been added to the event as UFC veteran Elizabeth Phillips will make her promotional debut against fellow newcomer Leah Letson. Phillips enters the bout having lost three of her last four in the ever-competitive bantamweight division. Letson, meanwhile, rides the momentum of three straight wins.

Invicta FC 21 will take place Saturday, Jan. 14 from the Scottish Rite Temple in Kansas City, Mo. The event will stream on UFC Fight Pass. It will be headlined by an interim featherweight title bout between Megan Anderson and Charmaine Tweet.