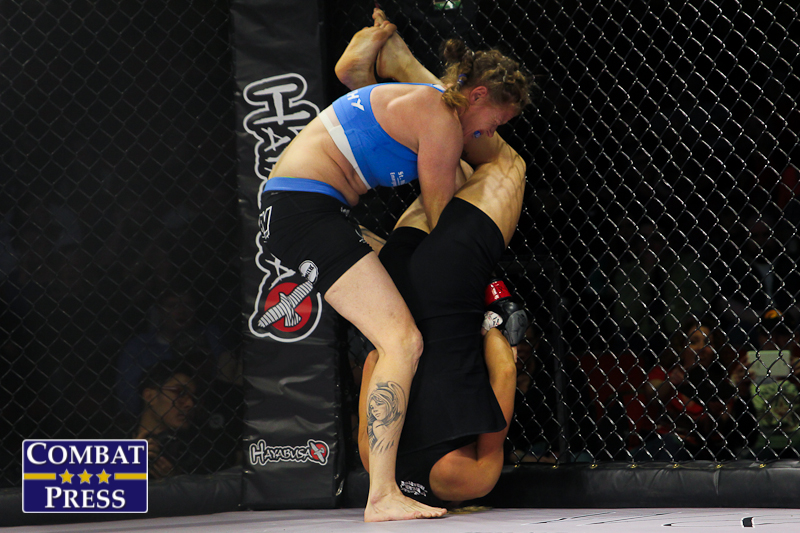 Following a ruling by the Missouri Office of Athletics, Tonya Evinger is still the Invicta Fighting Championships bantamweight champion.

Evinger’s first-round submission loss to challenger Yana Kunitskaya at Invicta FC 20 has been overturned to a no-contest.

The bout, which took place on Friday, Nov. 18 in Kansas City, Mo., ended less than two minutes after it started, with Kunitskaya being ruled the winner via armbar. However, controversy followed due to the actions of referee Mike England. England shouted at Evinger for placing her foot on Kunitskaya’s face during her attempt to escape the submission hold. Evinger’s actions are permitted under the unified rules and she immediately filed an appeal with the the Missouri Office of Athletics.

As a result of Evinger’s appeal, she remains the promotion’s 135-pound champion.

Invicta FC President Shannon Knapp added that the promotion is “working on scheduling a potential rematch” of the bout between Evinger and Kunitskaya as soon as possible.