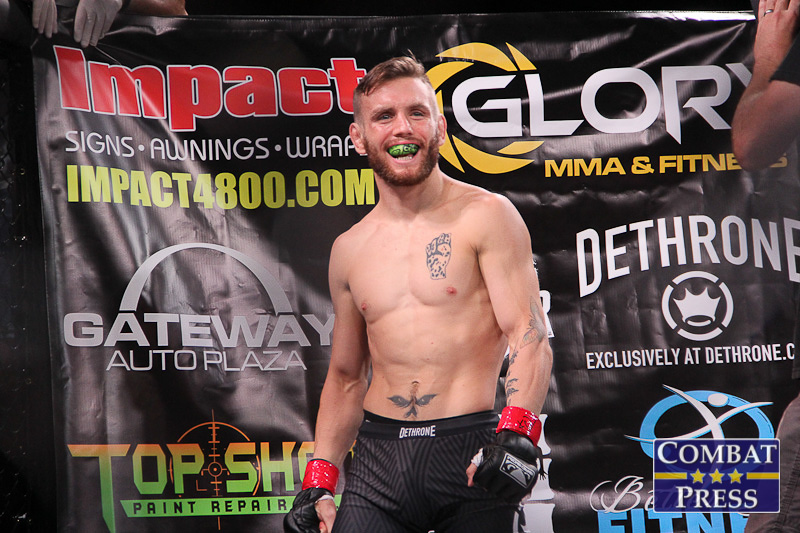 The Ultimate Fighter 24, also known as the “Tournament of Champions,” came to a close Wednesday night when it was revealed that Tim Elliott would challenge Demetrious “Mighty Mouse” Johnson for the UFC flyweight title. This season seemingly redefined the TUF franchise by having champions from other organizations around the world compete for a chance at UFC gold. With coaches Joseph Benavidez and Henry Cejudo, former flyweight title challengers themselves, at the helm, TUF 24 was off to a great start.

Incredibly, the season started off with the first eight bouts ending in finishes, including a rarely seen bulldog choke by none other than Elliott himself. He was chosen first by Team Benavidez and was clearly the early favorite to win the show. There was just something about Elliott’s character and demeanor that had evolved since UFC fans had last seen him inside the Octagon. He went on to finish his first two bouts inside the competition and ended with two decision wins. This means a lot more than just a shot at UFC gold for Elliott, though. This is a shot at redemption and a defining moment in his career.

Elliott came into the UFC in 2012 and was given a tough debut fight when he was matched up with former two-time title contender John Dodson. Dodson defeated Elliott by decision, but Elliott was able to rebound from this debut loss and pick up victories in his next two bouts against Jared Papazian and Louis Gaudinot. It was a downward slope from that point on. He lost three bouts in a row to Ali Bagautinov, Zach Makovsky and the aforementioned Benavidez, his current coach on TUF. As with most fighters with three losses, Elliott was given his pink slip and released from the UFC.

Not going down without a fight (pun intended, as always), Elliott was quickly scooped up by Titan Fighting Championships. Under the Titan banner, he took on fellow UFC castoff Iliarde Santos just five months after his UFC release. Elliott defeated Santos to capture the vacant Titan FC flyweight championship, becoming the company’s inaugural 125-pound titleholder. Elliott defended his title twice more before he was selected to participate in this season’s TUF. It only seems fitting that Elliott came out on top.

The flyweight division has only had one champion — the aforementioned Mighty Mouse — since its inception into the UFC. Johnson has defended his title eight times since 2012. He is looking for defense number nine, which will tie him with Georges St-Pierre for most consecutive UFC title defenses, when he takes on Elliott on Saturday. In a strange twist, it seems that Elliott may have a slight advantage over Mighty Mouse in this fight. The reason for that advantage is simple: Confidence — and not on Elliott’s part.

Johnson has defeated two of the three men that have defeated Elliott. He has been tested only twice inside the Octagon in bouts with Ian McCall prior to winning the title and in his first bout with the aforementioned Dodson. Johnson will be searching for his next victory and his next opponent, possibly overlooking Elliott as just another detour in his quest for championship history. Elliott won four bouts against current champions to get this shot against Johnson and has a lot to prove, not only to himself, but to the MMA world.

In true upset fashion, Elliott is going to pull a Michael Bisping and capture the flyweight championship, thus ending the title reign of Mighty Mouse.