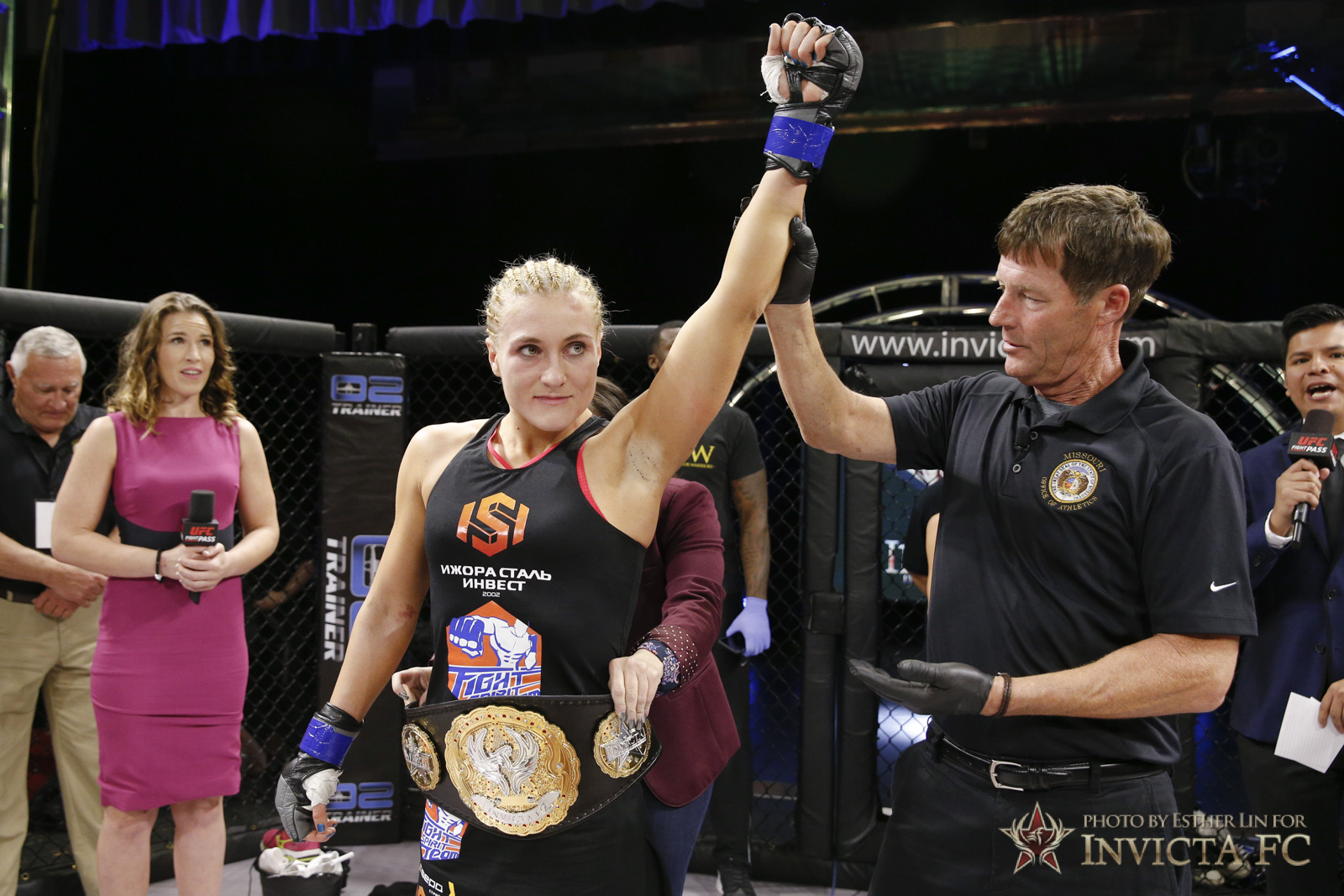 In the night’s main event, bantamweight champion Tonya Evinger looked to defend her belt against Russia’s Yana Kunitskaya. Evinger rode a nine-fight winning streak into the title affair, including six straight in the Invicta cage. She was most recently in action at Invicta FC 17 in May, retaining her title with a decision win over Colleen Schneider. The 26-year-old Kunitskaya returned to competition in 2016 after nearly four years away from the sport. In her last outing, she stopped Yanan Wu by second-round TKO. Seven of Kunitskaya’s nine wins have come via strikes, including a 34-second stoppage of Cindy Dandois.

The co-main event also featured gold on the line as strawweight champion Angela Hill met Brazilian Kaline Medeiros. The 31-year-old Hill earned the title in her last bout, defeating Livia Renata Souza by decision at Invicta FC 17. The win marked her third straight since her UFC release. Medeiros, meanwhile, had won back-to-back fights with the promotion, stopping Aline Serio in her promotional debut and handing Manjit Kolekar her first loss at Invicta FC 19 in September. The 37-year-old carried a five-fight winning streak into her title challenge.