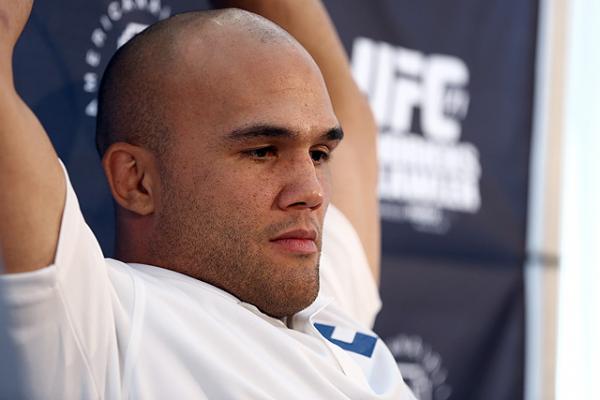 Buildup. It’s officially defined as being “things that are said to cause people to feel excited about something (such as a future event) or someone (such as a performer).”

It’s the Super Bowl for football fans. It’s your favorite band touring for the last time. Or maybe it’s the retirement of your favorite player. It’s that moment that is either going to bring you extreme joy or immense pain, depending on the circumstances and the ultimate outcome. Sometimes, however, the buildup can lead to absolutely nowhere. Enter UFC 200.

UFC 200 was set to be the biggest card in UFC history. It was supposed to feature Conor McGregor vs. Nate Diaz II, Jon Jones vs. Daniel Cormier II and the return of Brock Lesnar. What fans received instead was far from the biggest card ever.

McGregor complained of the overbearing media obligations and was pulled from the card almost as fast as he had been put on it. Jones was yanked just three days before the event after testing positive for a banned substance. The end result? A card with a rotating main event, a last-minute replacement and a women’s bantamweight title fight that was shoved into the headlining slot, even if it did deserve to be there. It was a letdown to many fans, especially given the aftermath in which Lesnar also tested positive for a banned substance.

Since then, McGregor vs. Diaz II took place at UFC 202 last month and is on track to be the biggest selling pay-per-view in UFC history. UFC 202. This is a card that featured nowhere near as much “star power” as UFC 200 was billed to have had and yet, its main event was clearly the one that fight fans, diehard and fair weather alike, wanted to see.

UFC 203, the next pay-per-view event on the docket, features a heavyweight tilt between current champion Stipe Miocic and challenger Alistair Overeem, plus the debut of Phil “CM Punk” Brooks.

Then there’s UFC 204, which features a highly anticipated rematch between recently crowned middleweight champ Michael Bisping, who’ll be looking to avenge the biggest loss in his storied career, and Dan Henderson.

The UFC needs to use all of this to lead into what is going to be the real star of 2016: UFC 205 in Madison Square Garden.

These are just three of the fights that have been rumored or announced for the upcoming monumental New York card. Already, fans are chomping at the bit to see what else is going to be added. Will Ronda Rousey make her return? Will Cormier defend his title against Anthony “Rumble” Johnson? Will Matt Serra come out of retirement to take on Matt Hughes? Anything could happen.

We already know Georges St-Pierre is more than likely going to headline UFC 206 in Toronto, so he’s out of the running when it comes to New York. However, there are a few additions that could further improve the UFC 205 offering. Here’s a list:

The UFC needs to put all of its eggs into the UFC 205 basket, but it needs to do it properly. The company needs to continue to book solid, exciting fights that make sense. Many people have criticized the rankings and many fighters have scoffed at it when recent bookings don’t exactly follow the system in place. The Cerrone/Lawler bout alone is enough to fill seats. Add in McGregor possibly challenging Eddie Alvarez for the lightweight title, which is only acceptable if McGregor vacates his featherweight title, and a looming Rousey return, and this event has the potential to far exceed the expectations that everyone may have. It should be much bigger than the landmark UFC 200, even.