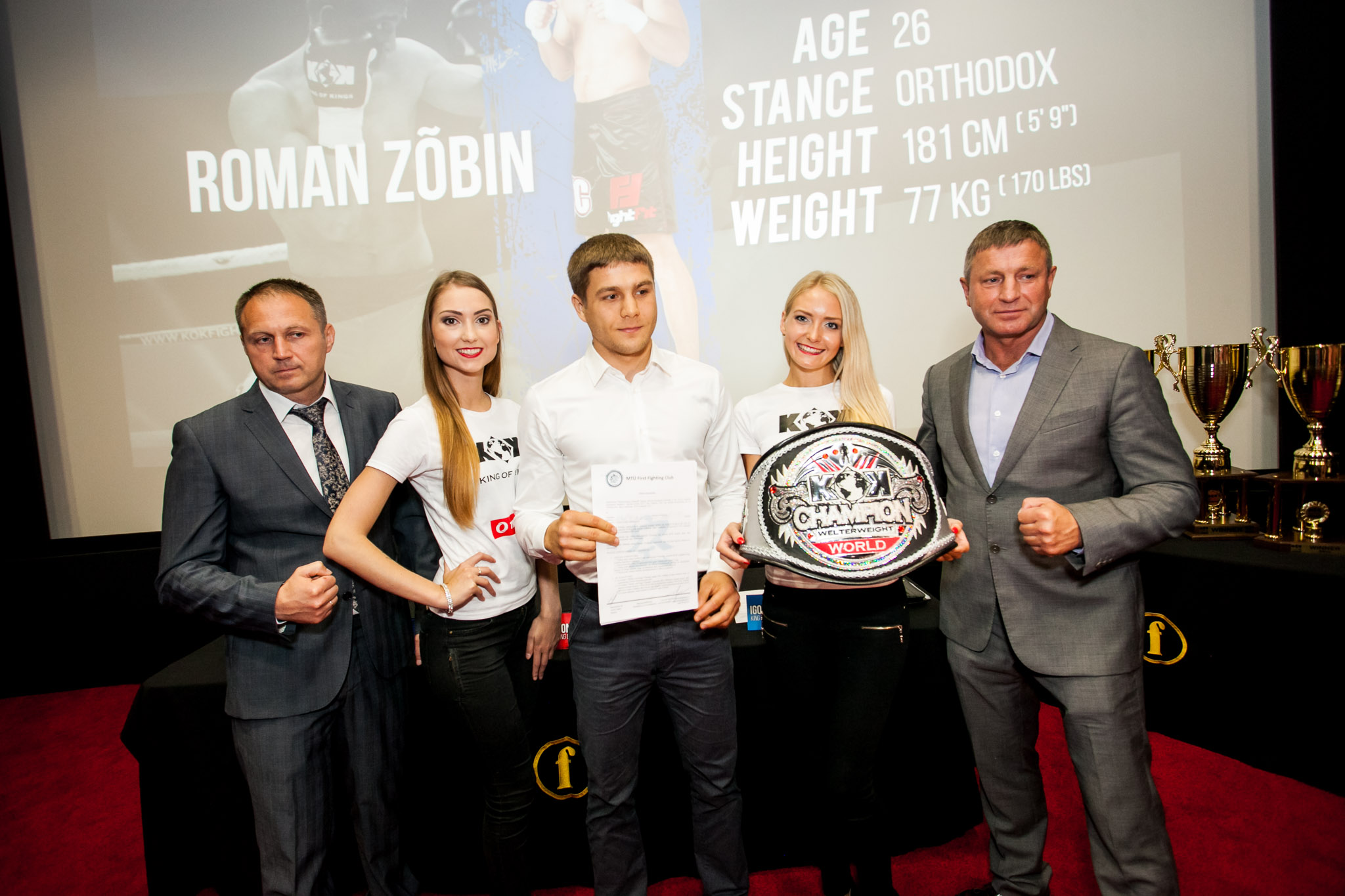 On Saturday, Sept. 17, King of Kings returned to Tallinn, Estonia for the beginning of their 2016 season with KOK World GP 38 in Tallinn.

In the main event of the evening, the KOK 77-kilogram title was on the line when Estonia’s own Roman Zõbin fought Moldova’s Serghei Morari. The two previously met in the finals of the KOK welterweight tournament in Moldova.

In the other main card action, a four-man, one-night 65-kilogram tournament featured match-ups between Poland’s Lukas Leczycki and Estonia’s Mirkko Moisar in one semifinal and Lithuania’s Deivyda Danyla and Holland’s own Mansour Yaqubi met in the other semifinal.

In the undercard action, KOK mainstay Valdemar Kulda returned to action against exciting Kunlun Fight veteran Pavel Turuk. Polish fighter Klaudia Pawlicka got back in the win column with a victory over Estonia’s Andra Aho.