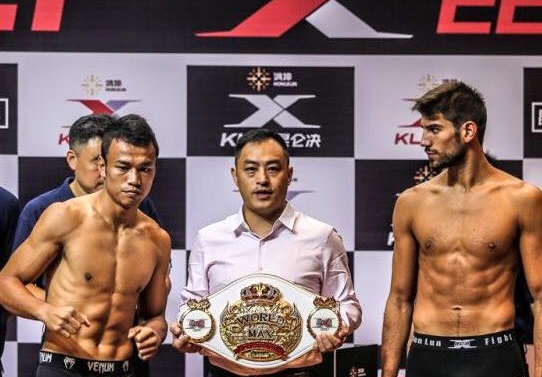 On Saturday, Aug. 20, one of the biggest kickboxing promotions in the world, Kunlun Fight, debuted in Jinan, the capital of Shandong in Eastern China for Kunlun Fight 50.

The main event of the evening featured the world’s best kickboxer, Sittichai Sitsongpeenong, who returned to Kunlun Fight after toppling GLORY lightweight champion Robin van Roosmalen at GLORY 31. Sittichai was scheduled to face Claudiu Badoi in the 2016 Kunlun Fight 70-kilogram tournament final 16 before the Romanian prospect pulled out of the contest with a left leg injury. Replacing Badoi on one week’s notice was Portuguese kickboxer Diogo Neves. Neves fell short in qualifying for the tournament at Kunlun Fight 47.

In the evening’s co-main event, Wu Xuesong burst into the limelight with his brutal left hook knockout of Tayfun Ozcan at Kunlun Fight 41. Wuesong looked to move on in the Kunlun Fight 70-kilogram tournament with a victory over popular Dutch-Surinamese kickboxer Serginio Kanters. Kanters moved on in the 64-man tournament field with wins over Zhong Weipang and Rajadamnern stadium champion Saiyok Pumpanmuang at Kunlun Fight 42.