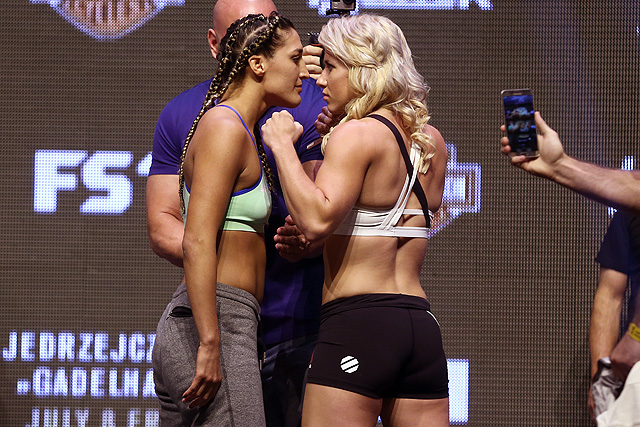 On Friday, July 8, the UFC hosted The Ultimate Fighter 23 Finale from the MGM Grand Garden Arena in Las Vegas.

In the night’s main event, women’s strawweight champion Joanna Jędrzejczyk rematched Brazilian Claudia Gadelha. The pair met previously at UFC on Fox 13 with Jędrzejczyk claiming a controversial decision win. The Polish fighter would go on to defeat Carla Esparza to capture the 115-pound title and has defended the belt twice since. Gadelha, meanwhile, had fought just once since her first career defeat. She outclassed former No. 1-ranked strawweight Jessica Aguilar, earning the chance to fight Jędrzejczyk once more.

The event also featured the conclusion of the 23rd season of The Ultimate Fighter. The season featured teams of male light heavyweights and female strawweights coached by the aforementioned Jędrzejczyk and Gadelha.

Above are video highlights of the bout between Suarez and Cooper (courtesy of the UFC).