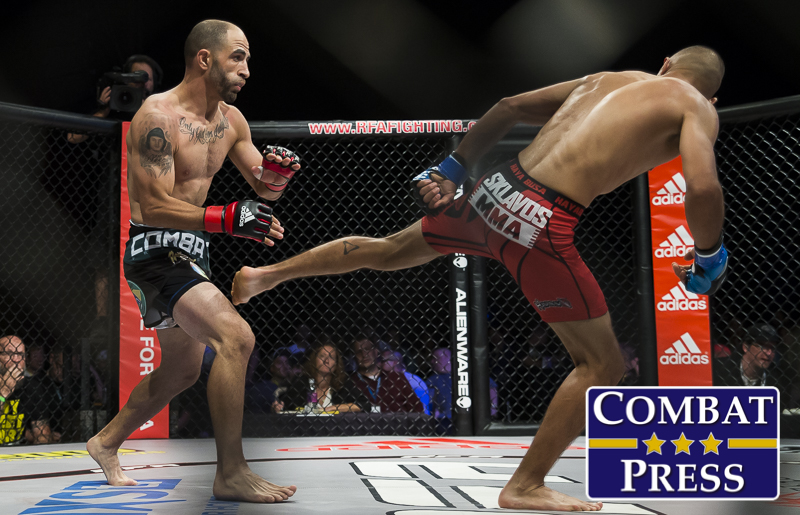 On Friday, July 15, Resurrection Fighting Alliance returned to the Mystic Lake Casino Hotel in Prior Lake, Minn., for its 40th event. The night’s main card aired live on AXS TV at 10 p.m. ET.

In the night’s main event, UFC veteran Chico Camus looked to makes it two straight wins in the RFA cage as he took on Czar Sklavos. Camus, who had eight fights inside the Octagon, snapped a two-fight skid with a decision win over Matt Brown at RFA 36 in March. Sklavos, meanwhile, had won five of his last six, including a win over Nick Burgos at RFA 27 last July.