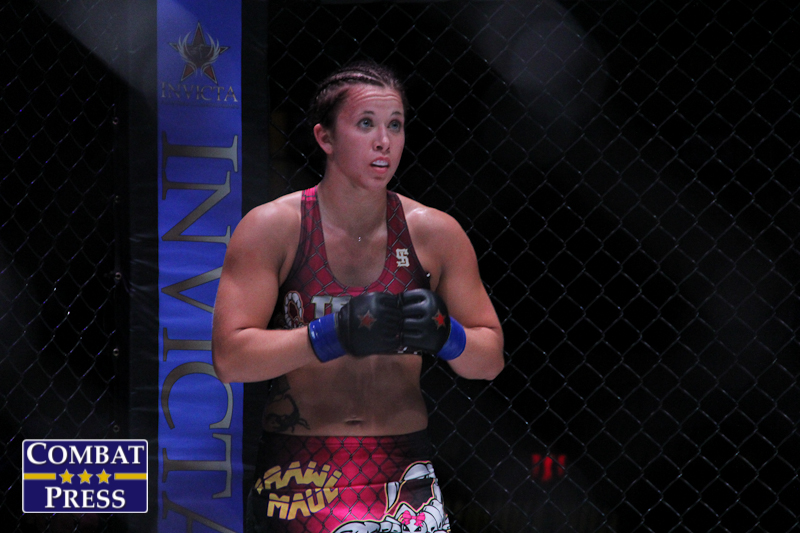 After Finishing Second on TUF 23, Amanda Cooper Ready For Redemption

After a loss to Tatiana Suarez at The Ultimate Fighter 23 Finale, Amanda Cooper wants to make one thing clear: she’s ready to return and get redemption in the UFC.

Cooper spoke to On The Mic about the loss. She called Suarez “a really talented fighter who will go far in the UFC” and went on to say that she doesn’t believe the loss will change her as a fighter.

During the TUF 23 season, Cooper was seen struggling to make weight prior to one of her fights, but the strawweight division is where she feels she is best.

TUF definitely presents an opportunity for every fighter who makes it into the house, not just as a fighter but as a person as well. Cooper believes she learned plenty about herself while away from her family, friends and the outside world.

Independent. That would be the best way to describe Cooper coming out of the reality show. As a fighter who trains with her boyfriend, Cooper learned that she can still manage and train herself while being away from those who she is closest to.

“I just realized I’m a very strong, independent person, and obviously my team makes me stronger, but when I didn’t have them, I realized that I’m a really hard worker even when no one is looking,” said Cooper. “I know I can do anything now.”

So, now, who is Amanda Cooper and where does she go from here?

“I hope to hear back from the UFC,” said Cooper. “I definitely think I earned it. I know they want big records, but I’ve been fighting for 13 years [and] I truly believe I deserve another chance.”

There’s plenty to be said about a fighter who made it as far as Cooper, and even more to be said about how she has handled herself throughout the entire process, including the loss in the finale. While she may not have gotten all the way through the gauntlet to become the TUF 23 winner, Cooper proved she deserves a second chance with the UFC.

The women’s strawweight division struck gold with the arrival of Cooper and Suarez, and just because “ABC” lost one fight doesn’t mean UFC fans should be robbed of her presence inside the division.

Cooper has held herself to the highest of standards both inside and outside the Octagon. She’s owned up to her loss, and she’s called for a second chance. If there’s anything fight fans love, it’s a fighter standing up and calling for more after being knocked down. Cooper has called for more. She’s proven she’s ready for redemption.