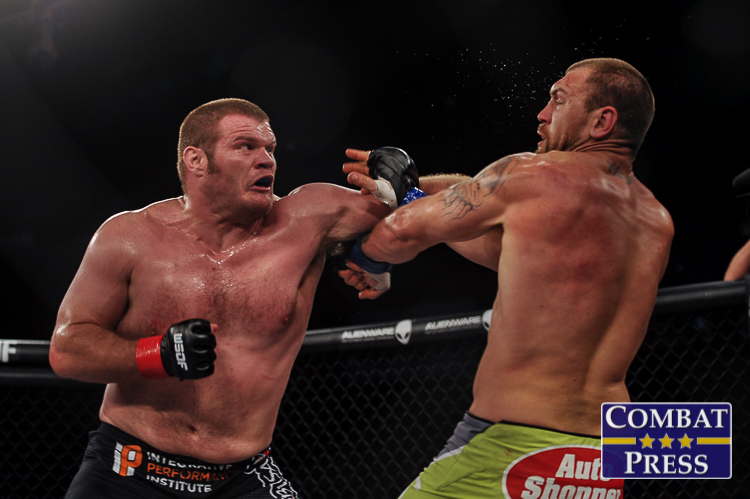 On Friday, June 17, World Series of Fighting will host its 31st event from the Joint at the Foxwoods Resort Casino in Mashantucket, Conn.

In the night’s main event, heavyweight champion Blagoy Ivanov will put his belt on the line against UFC veteran Josh Copeland. The 29-year-old Ivanov has earned back-to-back finishes inside the WSOF cage en route to the title. Once a mainstay of Bellator MMA, the Bulgarian has stopped 11 of his 13 wins before the final bell. Copeland, meanwhile, has rebounded from a brief, two-fight losing streak by winning three of his last four outings. He outworked veteran Mike Hayes in his promotional debut in March.

The action kicks off with a preliminary card stream live below beginning at 5:45 p.m. ET, before transitioning to the NBC Sports Network at 9 p.m. ET for the five-fight main card.