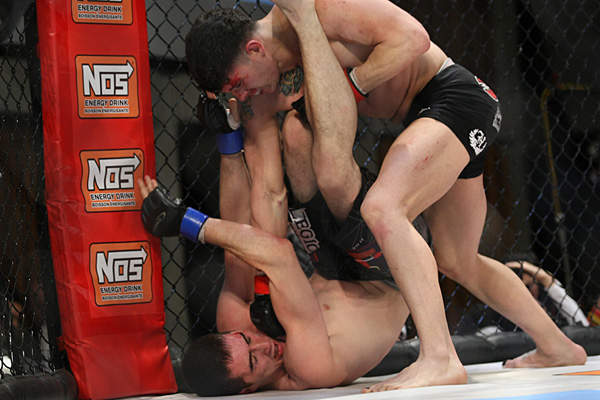 Giving away tickets to an MMA event, handing out swag, letting a guest co-host run the show and teaching the term #WeAreNotReebok are just things we do on RNC Radio,

Assenza is a staple on the Ontario MMA scene. A Score Fighting Series veteran making his second appearance in the GWFC cage, Assenza spoke about his upcoming bout against Tristan Connelly, consistently fighting above his weight class to compete, his athletic background in gymnastics and his various business endeavors. Along with the serious talk, Pecker and Kelly busted Assenza’s chops for his lack of social media use. He hasn’t responded to either host on Facebook in years and they’ve been following him since the start of his career, but Assenza always made sure to reply to his number one sponsor, Marital Law.

Machechern started Martial Law nearly five years ago in an effort to assist fighters with revenue for training, as well as give them a brand that is professional and clean. Being an intelligent, well-spoken, successful man, Machechern doesn’t need to operate Martial Law, but out of passion he’s built a respectable brand that Ontarian mixed martial artists consider an asset in their corner. Machechern talked about his experience in the MMA apparel business, sponsoring fighters and events, as well as his coined hashtag, #WeAreNotReebok.

Be sure to listen to this episode for a chance to win a pair of tickets to GWFC 3, free clothing from Martial Law and learn a thing or two. It’s like an episode of Oprah giving away cars.