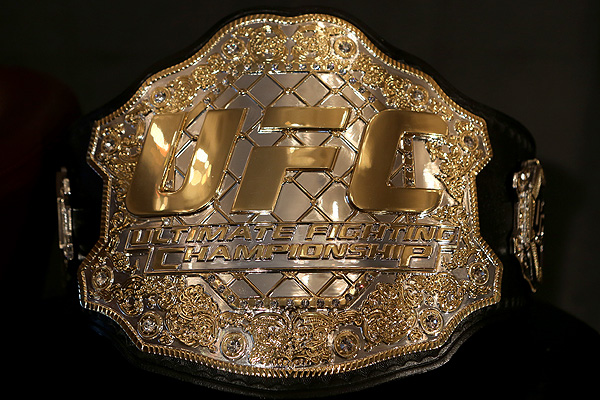 Are There Positives to the Possible Sale of the UFC?

For more than a month now, there have been rumors and reports coming out about the possible sale of the Ultimate Fighting Championship for a hefty price tag.

One of the very first articles to come out about this rumored sale was in early to mid May, when ESPN’s Darren Rovell reported that the UFC and its ownership were shopping the company around. Unfortunately, to the chagrin of people who were anticipating some drama, a confirmation from the UFC didn’t come around. Instead, UFC President Dana White denied it outright, saying plain and simple, “The UFC is not for sale.”

Now, there’s another article, this time from the website FloCombat.com and written by longtime MMA writer Jeremy Botter. Botter reports that the sale of the UFC has been accepted for $4.2 billion by the Fertitta brothers, who are majority owners of Zuffa, LLC, the parent company of the UFC.

Here are some of the details, as reported by Botter:

Multiple sources confirmed with FloCombat on Monday afternoon that a bid of $4.2 billion from a group consisting of WME-IMG, the Dalian Wanda Group, The Kraft Group and Tencent Holdings was accepted by Zuffa brass. While this does not mean the entire company is officially sold, it is a strong likelihood that the sale will be completed shortly.

But unable to come close to the valuation Zuffa was looking for, they combined into two groups. One featured WME-IMG (led by Zuffa confidant Ari Emmanuel), the Dalian Wanda Group, The Kraft Group (owners of the New England Patriots and other sporting properties) and Tencent Holdings, the owners and operators of the largest internet portal in China. Tencent Holdings also owns Riot Games, the owners of the popular e-sports competitive game League of Legends.

While that part of the piece gives details on the different entities that will have a share in the UFC, Botter also breaks down the cost and how much of the company each will own:

FloCombat sources indicated that the majority of the money for the deal is coming from the Dalian Wanda Group and Tencent Holdings. But WME-IMG and the Kraft Group would act as the faces of the new ownership group, at least in North America.

The other group that submitted a sealed bid was China Media Capital. FloCombat sources indicate the CMC bid fell well short of the sought-after valuation. In 2014, there were discussions with The Blackstone Group about a potential sale, but it fell through. And in 2015, sources indicate FOX made an offer to purchase the company, but the offer sheet was less than half of what Zuffa sought.

The piece concludes by noting that White, along with matchmakers Joe Silva and Sean Shelby, will stay on in their current roles. Garry Cook will continue to handle the international outreach of the UFC’s audience.

The UFC has come out vehemently against this report, denying any truth to what’s being stated in the media, even threatening legal challenges to those who reported the story.

Amidst all this news of the UFC possibly being sold, there’s another question to address: if the rumors are true, will new owners be a good thing for the UFC?

For about a decade and a half, White and the Fertittas have owned and operated the UFC, digging it out of the depths of not even being a legal sport to now possibly being worth more than $4 billion dollars. When they first purchased the company, it was only worth $2 million dollars. That’s with an m, folks. The company lost $44 million dollars in the first four years, too. There aren’t too many sports companies out there that hemorrhage that much money in that period of time and survive.

Clearly, the UFC has come a long way. Many people obviously appreciate the brand the UFC is putting out there, which is why they watch. However, things haven’t exactly been rosy as of late. With the UFC’s 2015 deal with Reebok, which began requiring fighters to wear only Reebok gear when taking part in UFC events, things have been quite rocky with the UFC and its fighters. Many of the fighters already seemed to be taking issue with how the management was treating them, so for them, it seems like the Reebok deal was the straw that broke the camel’s back.

The UFC is lobbying to prevent the Muhammad Ali Act, which gives fighters more rights and promotions less power, from being extended to MMA and made into law. Are we to assume that the fighters, who already have an issue with the UFC, taking wind of these sneaky efforts aren’t going to be even more displeased with their employer? Maybe it’s because of this pressure that Zuffa might want to sell off its assets? But if the company feels like it can’t have as much power as it used to have, then it will definitely find ways to get out of the business of running the UFC.

Nothing is set in stone at the moment, of course. Everyone within the UFC is awaiting the big UFC 200 event coming up in July, which is supposed to be a big deal for the company, but don’t be surprised if something more comes of this sale — assuming it’s really going down. All one has to do is look for signs and clues of what the head of the company is saying and then decipher the secret code of what they’re subtly implying. That’s the only way to really gauge what’s going on behind closed doors.

The Fertittas shouldn’t sell the UFC, though. They’ve done a good job with it. Furthermore, White probably wouldn’t want to work with some pencil-pushing executives, such as the ones being floated to be taking over. White could be perfectly okay with working under anybody, as long as he has full reigns over the operation in public and can say and do whatever. White is not someone who likes to give up that power, and the Fertitta brothers know this. With the Fertittas gone, will it make White a better or worse president of the company?

There are a lot of things to think about regarding this whole matter, and it all has to be taken into account. The sale of a company can have its positives and negatives, but MMA is not just any sport.

Could new ownership lead to a fighters’ union? Maybe. Is that a good thing? I think so.

Could that same new ownership lead to the meteoric progress of the sport of MMA? We’ll have to wait and see.

That is the big gamble this sale could do for a sport that is only growing in popularity, which is why the sale needs to be handled very carefully. The UFC can’t just go to the highest bidder, who may not know the fight business.