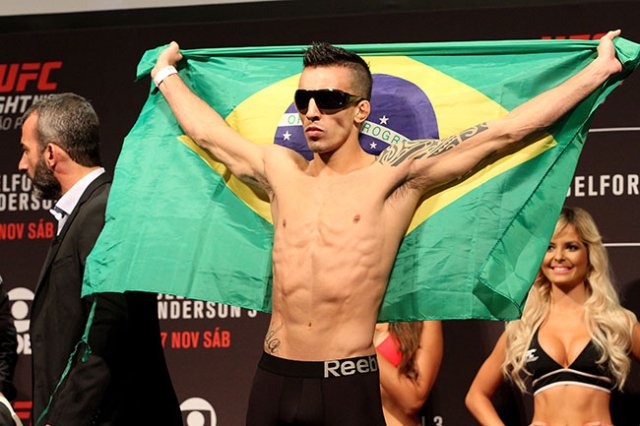 On Sunday, May 29, the UFC will host UFC Fight Night 88: Almeida vs. Garbrandt from the Mandalay Bay Events Center in Las Vegas.

In the night’s main event, a pair of undefeated bantamweights lock horns as Brazil’s Thomas Almeida takes on Cody Garbrandt. The 24-year-old Almeida has opened his career with 20 straight wins, with 16 coming by way of strikes. He’s rattled off four straight wins inside the Octagon, including three straight stoppages. Garbrandt, meanwhile, will step into the headlining affair with eight career victories. The former boxer has stopped seven of his opponents with strikes, including two of his last three under the UFC banner.

The co-main event will feature former bantamweight titleholder Renan Barao, who moves up to featherweight to take on knockout artist Jeremy Stephens.

The fighters will hit the scales at 7 p.m. ET on Saturday. A live video feed appears above (courtesy of the UFC), while the results appear below.