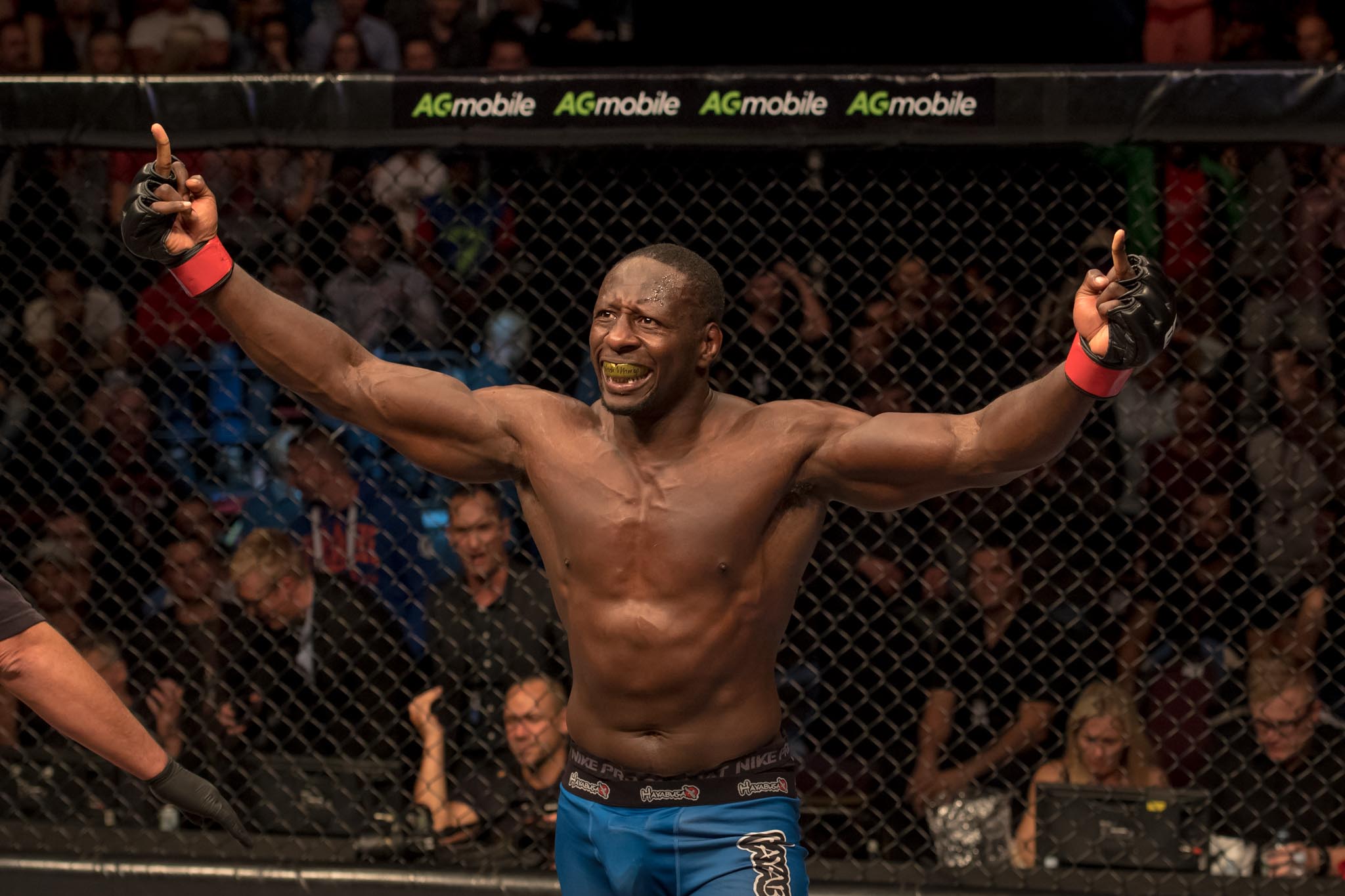 On Friday, May 13, EFC Worldwide held its 49th event from the Big Top Arena in Carnival City, Johannesburg, South Africa.

In the night’s main event, the promotion’s vacant middleweight title was up for grabs as South Africa’s J.P. Kruger tangled with England’s Yannick Bahati. Kruger had challenged for gold before, but came up short against former champion Garreth McLellan at EFC 28. Four of Kruger’s six wins had come via submission. Bahati, meanwhile, entered the bout as a finisher, having stopped four of his five foes, including three inside the first round.