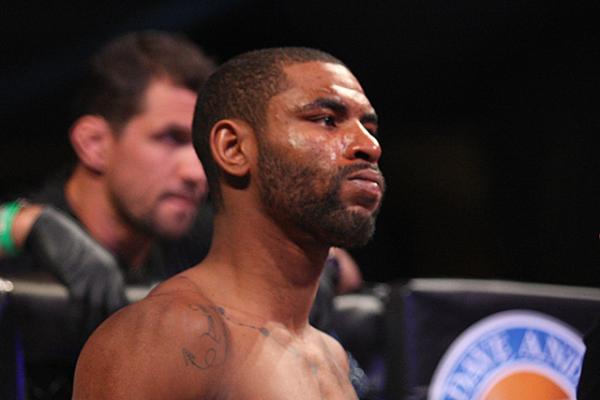 Bellator MMA is once again returning to the Kansas Star Casino in Mulvane, Kan., for Bellator 159 on Friday, July 22.

Combat Press has confirmed with the promotion that the event will feature a bantamweight match-up between Darrion Caldwell and Joe Taimanglo, as well as a lightweight bout between Melvin Guillard and David Rickels.

Caldwell enters the event riding the momentum of a first-round stoppage of Joe Warren at Bellator 151 in March. The win moved Caldwell’s record to 9-0, with four wins coming via submission. The 28-year-old has won six straight inside the Bellator cage.

The far-more experienced Taimanglo will also look to remain hot as he seeks his fourth straight win. The Guam native will be stepping into the cage for the 30th time, with 16 of his 22 career wins coming before the final bell. He topped Sirwan Kakai on the scorecards at Bellator 151.

The Kansas native Rickels will be returning to the sight of his last victory at Bellator 150 against Bobby Cooper. Prior to the win over Cooper, “The Caveman” fell short in his quest for revenge against former titleholder Michael Chandler. The 27-year-old Rickels will enter the contest with 17 professional victories, 11 of which have come under the Bellator banner.

Guillard, meanwhile, is still in search of his first victory inside the Bellator cage. The UFC and WSOF veteran most recently fought in February, where he was knocked out by Derek Campos. Prior to that, he dropped split decisions to Brandon Girtz and WSOF champion Justin Gaethje. Guillard’s current three-fight losing skid is the first of his lengthy 52-fight career.

Bellator 159 will air live on Spike TV. More bouts for the event are expected to be revealed in the coming weeks.