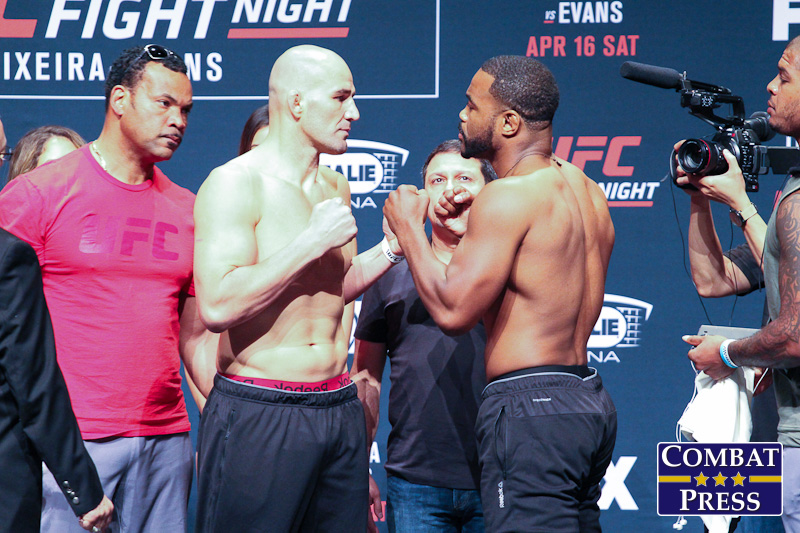 On Friday, April 15, the UFC will host the weigh-ins for UFC on Fox 19: Teixeira vs. Evans which takes place Saturday, April 16, from the Amalie Arena in Tampa, Fla.

In the night’s main event, former light heavyweight champion Rashad Evans will tangle with former title challenger Glover Teixeira. The 36-year-old Evans returned to action for the first time in two years at UFC 192, but fell on the scorecards to Ryan Bader. The Brazilian Teixeira, meanwhile, has returned to the form that earned him a shot at UFC gold, stopping Ovince Saint Preux and Patrick Cummins in his last two outings.

The fighters hit the scales on Friday. Below is a photo gallery shot by Matt Quiggins for Combat Press. For the full weigh-in results, click here.