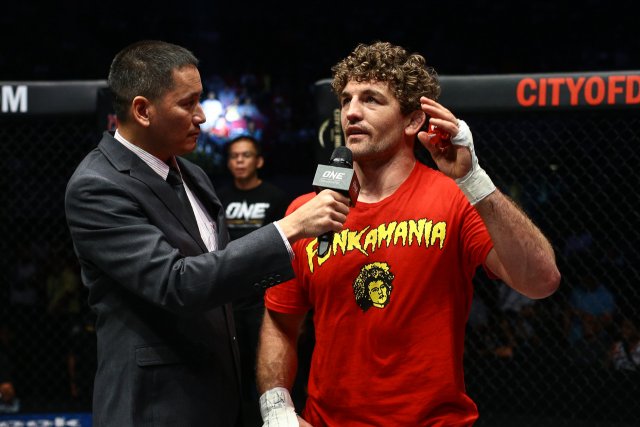 On Friday, April 15, ONE Championship once again visited the Mall of Asia Arena in Pasay, Philippines for Global Rivals.

In the night’s main event, the promotion’s welterweight champion, Ben Askren, put his title and undefeated record on the line against Russian Nikolay Aleksakhin. Askren had not competed in the last year, after a nasty eye poke led to a no-contest against Luis Santos at ONE Championship Valor of Champions. The 25-year-old Aleksakhin made his promotional debut in November and earned a third-round submission finish of Burenzorig Batmunkh.