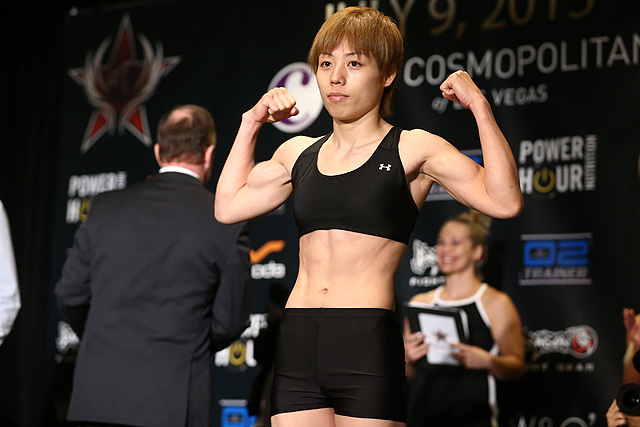 On Thursday, March 10, Invicta Fighting Championships will host the weigh-ins for its 16th event, which takes place Friday, March 11, from Trinidad Pavilion at Tropicana Las Vegas. The event will stream live on UFC Fight Pass beginning at 8:30 p.m. ET.

In the co-main event, the promotion will crown an interim flyweight champion as Brazilians Vanessa Porto and Jennifer Maia face off. Both fighters enter the match-up riding three-fight winning streaks. Porto was most recently in action against Roxanne Modafferi at Invicta FC 12, while Maia will return to the Invicta cage after three bouts in her home country.

The fighters will hit the scales at 8 p.m. ET on Thursday.