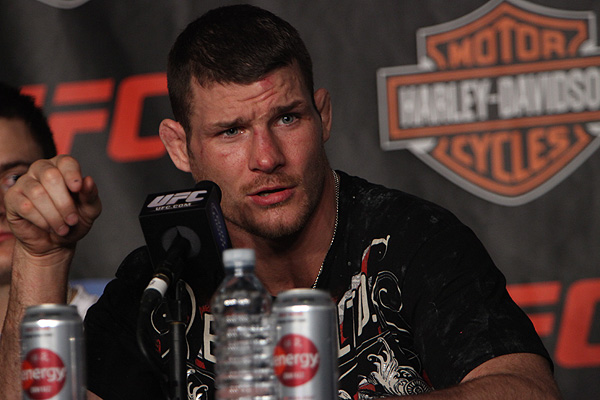 On Saturday, Feb. 27, the UFC hosted UFC Fight Night 84: Silva vs. Bisping from the O2 Arena in London.

In the night’s main event, former middleweight champion Anderson Silva returned to action against England’s own Michael Bisping. Silva had been out of action since his UFC 183 win over Nick Diaz was overturned due to a failed drug test. Prior to that, the Brazilian suffered back-to-back title defeats to Chris Weidman, ending his lengthy championship reign. The 40-year-old’s last official win came against Stephan Bonnar in 2012.

Bisping, meanwhile, had earned two straight decision wins over former title challenger Thales Leites and fellow TUF alum C.B. Dollaway. The 36-year-old had never tasted defeat on British soil and looked to get himself into title contention with a win over the former titleholder.

Above is live video of the event’s post-fight press conference which kicks off approximately 30 minutes after the main event between Silva and Bisping comes to a close (courtesy of the UFC).