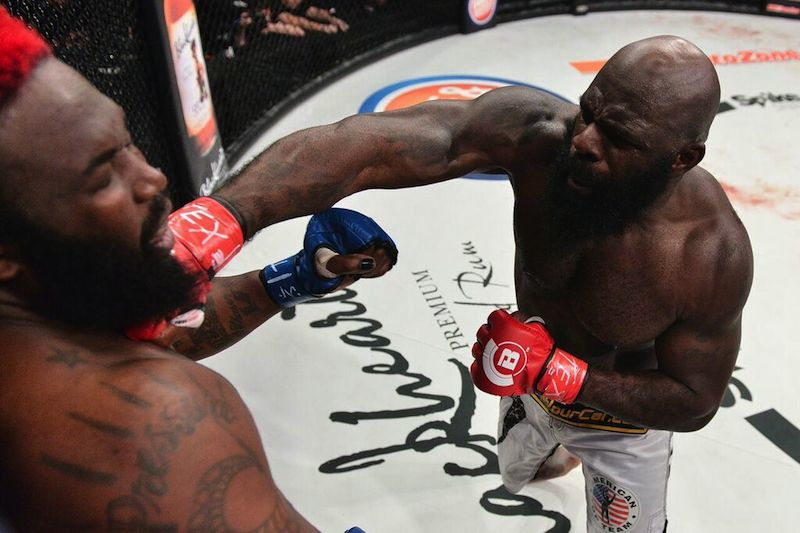 Trying to find a correlation between Bellator MMA and Pee-Wee Herman?

Bellator 149 went down, and SIRIUSXM RUSH host, MMAMania.com writer Michael Stets (@Michael_Stets) joined Jason Kelly (@JayKellyMMA) to explain it on Rear-Naked Choke Radio as they talked about the spectacle.

With a main event featuring 49-year-old Royce Gracie vs. 52-year-old Ken Shamrock, and a co-main event showcasing street brawling former friends Kevin “Kimbo Slice” Ferguson and Dhafir “Dada 5000” Harris, Bellator 149 viewers expected a circus of an MMA show. In the end, the event was more of a puzzling disaster than anybody bargained for.

Stets, who was at Bellator 149 in Houston, provided a first-hand opinion of what the atrocious mess between Slice and Dada 5000 looked like from cage side. He also spoke about the bizarre ending of the Shamrock-Gracie trilogy.

Stets and Kelly talked about Bellator’s recent announcement to host kickboxing matches, what’s next for the winners and losers of the Bellator 149 main card and hypothetical, ridiculous fights Bellator could put on in the future.