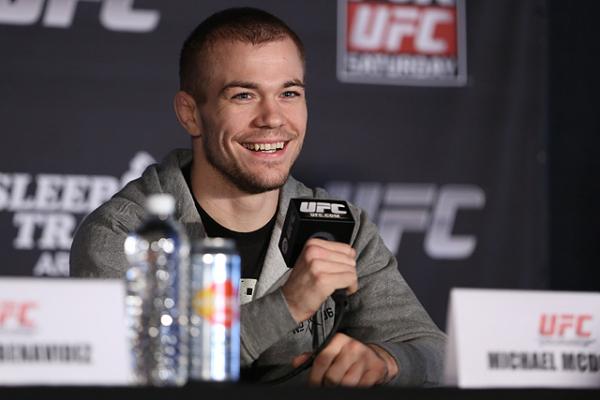 On Saturday, Jan. 2, the UFC hosted UFC 195: Lawler vs. Condit from the MGM Grand Garden Arena in Las Vegas.

In the night’s main event, UFC welterweight champion Robbie Lawler put his belt on the line against former interim champion Carlos Condit. Lawler retained his title in July with a stunning, fifth-round finish of Canadian Rory MacDonald at UFC 189. It marked Lawler’s fourth straight win and first title defense. Condit, meanwhile, returned from a lengthy injury absence in May to stop former title challenger Thiago Alves at UFC Fight Night 67. The New Mexico-based fighter looked to earn back-to-back wins for the first time since losing his interim title in late 2012.

The co-main event of the evening also featured a former champion as heavyweight Andrei Arlovski took on hard-charging Stipe Miocic. The bout may have decided the next title challenger.

Above are video highlights of the bout between McDonald and Kanehara (courtesy of the UFC).