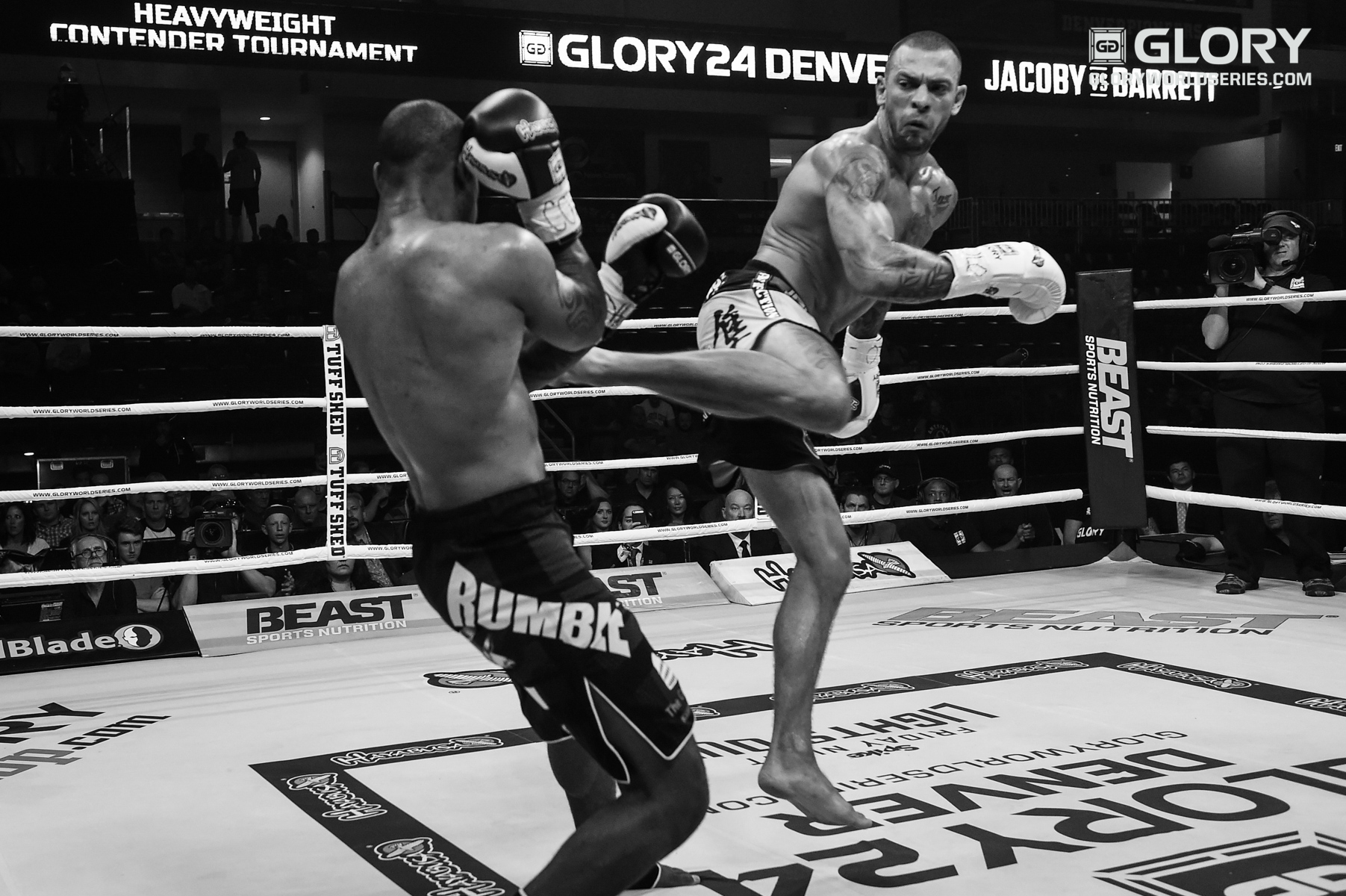 Searching for GLORY: What’s the Future of the Kickboxing Promotion?

When GLORY signed a multi-year contract with Spike TV, it appeared to be a match made in heaven. However, the relationship has quickly become a nightmare for both parties involved, along with kickboxing fans.

No, the two promotions aren’t at odds, at least publically. But GLORY’s time on Spike TV has been a roller-coaster ride. Things got off to a tremendous start for the kickboxing promotion, with the first few events either doing over or near 400,000 viewers, with GLORY 13 representing the high point at 659,000 viewers.

While things seemed to be going well for everyone, ratings have tumbled quite a bit on the backend. GLORY 22 ratings fell off a cliff and landed at 152,000 viewers. The most recent event, GLORY 24, scored 283,000 viewers. Sandwiched between the two low ratings was a mild success with GLORY 23 grabbing 295,000 viewers. It’s not exactly the way GLORY envisioned going out on the last event on its contract.

Now the promotion heads into dangerous territory. GLORY 24 represented the last event for GLORY and Spike TV, which leaves the kickboxing promotion without a TV deal at the moment. MMAMania.com’s Michael Stets reported an announcement for a new TV deal in the United States is “not far off.” GLORY has an agreement with CBS Sports to show the preliminary “Superfight Series,” and it’s easy to connect the dots. There’s also been discussion of a partnership with Showtime, but nothing is concrete.

Regardless of where the promotion finds a home, it’s imperative that GLORY gets a couple of items fixed moving forward.

The first item on the agenda should be the acquisition of fighters to draw in viewers before they step into the ring. Because of budget problems, GLORY did not renew its contracts with stars like Tyrone Spong and Gokhan Saki. GLORY has had issues with its lineups, particularly with GLORY 23. The headliner of the event featured perhaps the pound-for-pound best kickboxer on the planet, Nieky Holzken, but it also featured a number of fighters that shouldn’t be on a GLORY main card. Although much of the criticism is unwarranted, Dustin Jacoby, who competed at GLORY 23, became the focal point of fan complaints about GLORY choosing to feature American fighters rather than quality fights.

The promotion has made a few bold attempts at showcasing the talent on the roster, but most of these attempts have failed in execution. There was the GLORY 17 debacle, which featured a one-night middleweight tournament along with a handful of quality match-ups that completely flopped. GLORY 17 represented the promotion’s first venture into pay-per-view, and with the event pulling an unofficial 6,000 pay-per-view buys, it’s safe to say GLORY won’t be going that route again. GLORY also failed to capitalize on the co-promoted Dynamite card with Bellator MMA. The Dynamite card was going to give the organization its biggest audience, but GLORY could only muster one quality fight. To be fair, it was fairly evident that Dynamite was a Bellator MMA card that featured GLORY kickboxing, and not a joint venture.

Of course, we don’t know the exact details of GLORY’s financial situation. So while it’s easy to say, “Go sign some big-name guys,” it may not be fiscally possible for the company to achieve that goal. CEO Jon Franklin spoke with Stets about the changes he’s had to make since taking the reins of GLORY, including “renegotiating contracts with virtually every athlete on the roster.”

Although the organization has had a rough go of it lately with getting big names for its cards, there is a glimmer of hope on the horizon. GLORY should get a nice boost from the return of star Giorgio Petrosyan, a guy that many call kickboxing’s version of Floyd Mayweather, at GLORY 25 next month. GLORY 26 will also feature a pair of notable names defending their titles, as Rico Verhoeven and the aforementioned Holzken will headline a card from their native country.

GLORY 25 and GLORY 26 are set to take place overseas, which leads us to another issue GLORY has had to face numerous times: the starting time of televised events. The company’s most recent event featured a number of fun fights, including Joe Schilling in the main event and a one-night heavyweight contender tournament. The card was entertaining throughout, yet GLORY couldn’t pull a strong ratings number, which you’d have to believe is a direct result of starting the event at 11 p.m. ET. GLORY 22, the promotion’s lowest total in viewers, also had an early start time with the main card kicking off at 4 p.m. ET. The fact that GLORY 20, another international event that aired on tape delay at 9 p.m. ET, pulled in well over double the amount of viewers that GLORY 22 did suggests that fans are willing to tune in at a convenient time even if it’s on tape delay.

A final tactic that GLORY should look to employ is one of the simplest ideas in any business — marketing. If fans don’t have a reason to become invested in the outcome of a fight, what reason do they have to tune in to watch in the first place? This isn’t pro wrestling where companies can craft compelling stories, but every fight still has a story and so too does every fighter. Look no further than Zack Mwekassa. He’s become one of the more well-known fighters on the GLORY roster based on a few interviews. Obviously, not everyone is going to have a story like Mwekassa’s, but everyone that’s made it to this level of competition has a story to tell.

The marketing side would feed directly into the need of a name-value fighter to draw fans. GLORY doesn’t have the money to bring in guys like Spong or Saki at the moment, but that doesn’t mean the company can’t grow its own stars from within. Like a small-market sports team, GLORY should focus on building up talent within the organization. More in-depth specials (a la UFC Countdown and Road to the Octagon) would do wonders for promoting the athletes competing for GLORY.

Of course, all of this would be useless if GLORY can’t figure out a proper marketing strategy for the events themselves. GLORY events went heavily under-promoted toward the end of the organization’s tenure with Spike TV. The dedicated fans kept their calendars marked for the next GLORY event, but many of the shows flew under the radar. It’s going to be hard for GLORY to make headlines over promotions like the UFC in the combat-sports world, but the company should always be pushing to get the word out. GLORY has done a great job profiling guys in the past with countdown-style shows, but the company has seen the view counters flounder at times. If GLORY is fortunate, its next network deal will allow it to air at least one or two primetime specials to hype up events.

Kickboxing’s lack of success in the American market continues to be a mystery to many in the combat-sports world. In a world where everyone loves a knockout, it’s surprising to see GLORY, a promotion featuring some of the most beautifully violent finishes, struggle to remain in business. There’s no quick fix to get the sport to take off in America. It’s going to take a collective effort from the promotion, the fighters and the fans to make GLORY a success both overseas and in the United States.