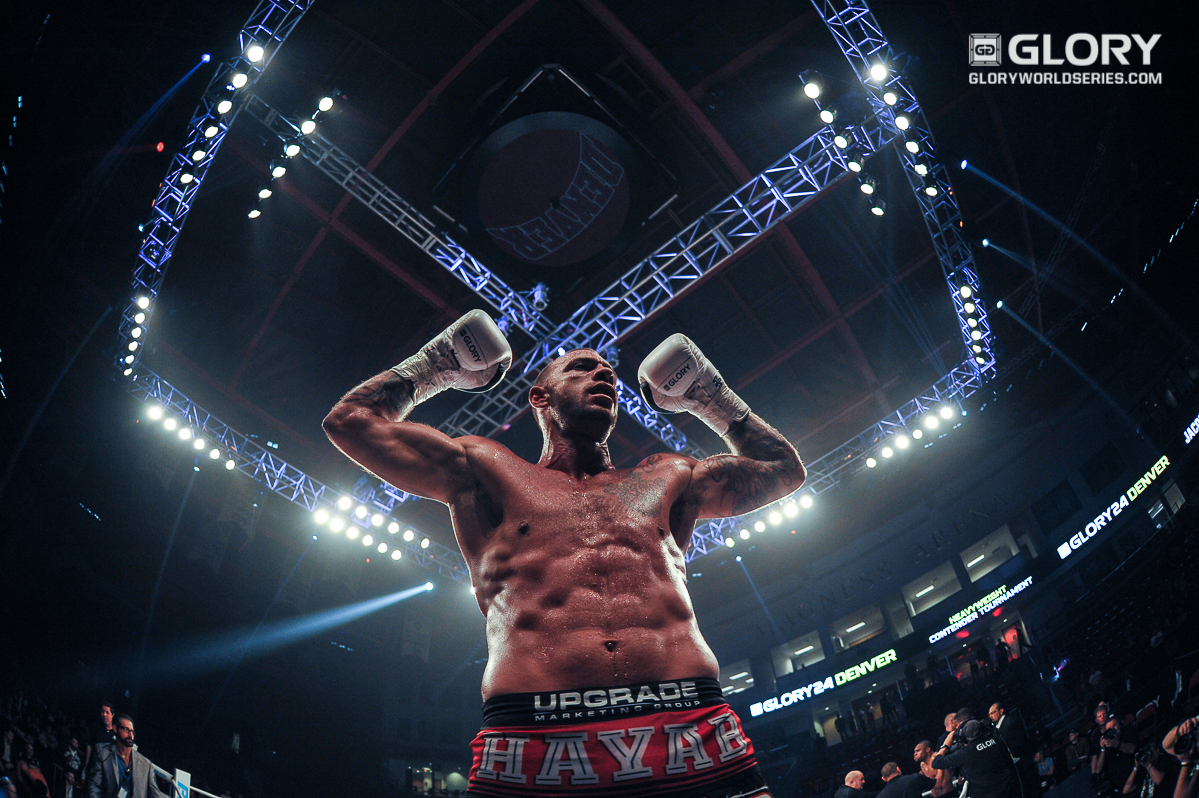 On Friday, Oct. 9, GLORY returned to the Mile High City for its 24th event, which took place from Magness Arena on the University of Denver campus.

In the night’s main event, a pair of top-ranked middleweights locked horns, as American Joe Schilling took on Dutchman Jason Wilnis. Schilling was originally slated to face reigning middleweight champion Artem Levin, but the Russian was forced out due to injury. Schilling had not competed in the GLORY ring since February, when he claimed a decision win over Canadian Robert Thomas at GLORY 19. Wilnis, meanwhile, was last in the GLORY ring in April, falling short against recent title challenger Simon Marcus in the contender tournament final.

Also on the main card, there was a four-man, heavyweight tournament that rewarded the winner with a title shot against champion Rico Verhoeven at GLORY 26 in December. In one half of the bracket, Australia’s Ben Edwards faced off with Jahfarr Wilnis, the older brother of Jason, while recent title challenger Benjamin Adegbuyi clashed with Croatian Mladen Brestovac in the other half of the ladder.

The action kicked off with a local undercard at 6:30 p.m. ET. The night’s SuperFight Series began at 8:30 p.m. ET, with the televised main card airing live on Spike TV at 11 p.m. ET.

Below is photo gallery shot by Phil Lambert of Combat Press and James Law for GLORY World Series. Click an image for a larger version.