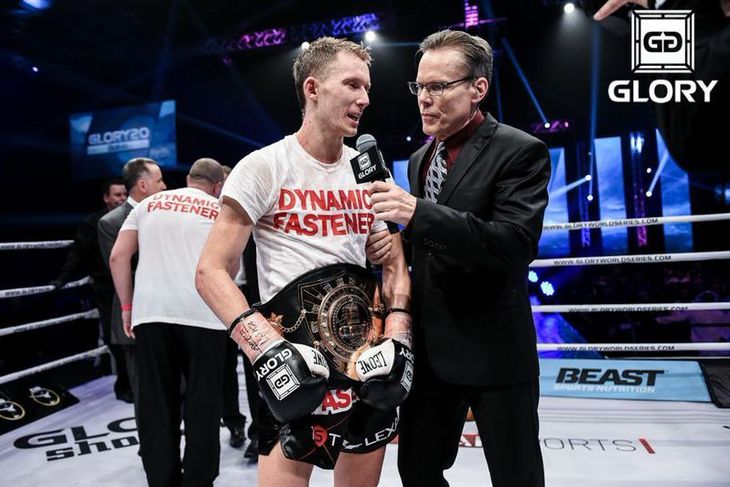 Stephen Quadros will #FreeNickDiaz. Quadros, a.k.a. “The Fight Professor,” joined Jason Kelly (@JayKellyMMA) and Joe Rizzo (@RearNakedChoke) on Rear-Naked Choke Radio and his comments about Diaz might just provide the impetus to get the fighter “free.”

Quadros (@StephenQuadros) undressed the Nevada Athletic Commission with harsh words about their five-year ban on Diaz, called for a reversal and explained why the rule is, in his opinion, archaic.

Quadros has been around combat sports for decades and just came off calling the GLORY kickboxing portion of the Bellator 142: Dynamite card in San Jose, Calif. As part of the show, Fedor Emelianenko was presented to the audience with news of his return to MMA, on New Year’s Eve in Japan. Quadros covered all the angles on Fedor with Kelly and Rizzo. He is uniquely qualified to discuss the Russian, with years of experience on the Japanese martial arts circuit to compare and examine.

Quadros held various media positions covering combat sports, from editing Black Belt magazine, to holding down the commentary duties for Pride FC, to reporting live on site for Strikeforce, to his current role as an analyst for GLORY. Bellator’s event on Sept. 19 was a co-promoted show with GLORY, which featured MMA and kickboxing, along with a series of themes and personalities that were prominent in Pride FC and DYNAMITE era of Japanese MMA. Quadros was one of the few perfect people to analyze and constructively critique efforts put forth by Bellator.