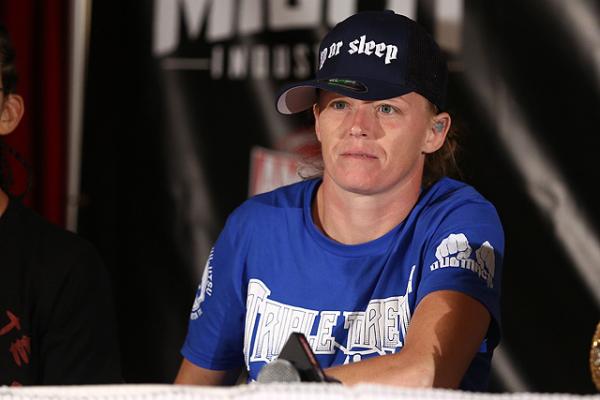 In the night’s main event, bantamweight Tonya Evinger will take on unbeaten Swede Pannie Kianzad. The bout was slated to be for Evinger’s 135-pound title, but Kianzad did not make weight. The veteran Evinger earned the 135-pound belt with a fourth-round TKO of Irena Aldana at Invicta FC 13 in July. The win marked Evinger’s fourth straight win inside the Invicta cage, and seventh straight overall. Kianzad made her promotional debut in July and earned a unanimous decision win over Australia’s Jessica-Rose Clark. The 23-year-old held gold under the Cage Warriors banner prior to signing with Invicta earlier in 2015.

The co-main event will be strawweight bout between former titleholder Katja Kankaanpää and undefeated fighter DeAnna Bennett. Finland’s Kankaanpää will look to bounce back from her title defeat to Livia Renata Souza in April. Bennett, a former flyweight, made a success debut in the 115-pound division at Invicta FC 11 with a decision win over Norma Rueda Center.

The event will stream live and exclusively on UFC Fight Pass beginning at 8 p.m. ET.

Above is live video of the event’s post-fight press conference which kicks off approximately 30 minutes after the main event between Evinger and Kianzad comes to a close (courtesy of Invicta FC).