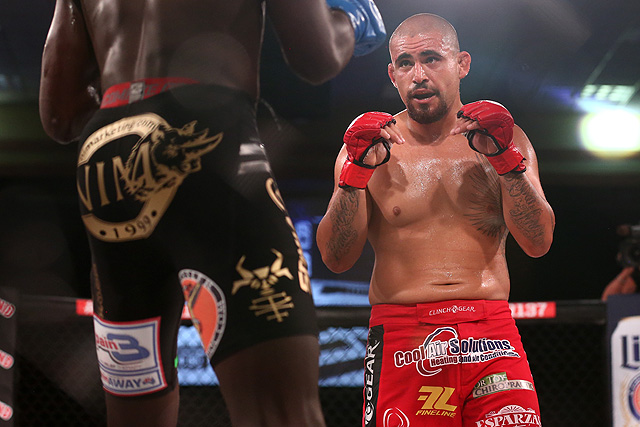 If you ask Fernando Gonzalez, the California-based kickboxer will tell you he received multiple offers to face Bellator MMA welterweight Paul Daley in a kickboxing match. He’ll also tell you that the timing was never right. He was always recovering from injuries when those offers came in.

However, now the time is finally right for Gonzalez and Daley to square off. And on a groundbreaking card, no less. The two fighters will lock horns at Bellator: Dynamite 1 on Sept. 19. It will be the first joint fight card featuring fights from both Bellator and GLORY World Series kickboxing.

Gonzalez expressed excitement about competing on the card and told Combat Press that the event gives him an opportunity to “get my name out there. People who don’t know me will know me after this fight.”

Gonzalez grew up boxing in California. He has also trained in mixed martial arts for the last 13 years. He is part of Team Quest in Temecula, Calif., where he and his fellow strikers learned the ground game of MMA from UFC legend Dan Henderson. Gonzalez counts boxing legend Julio Cesar Chavez as one of his biggest influences.

He sees kickboxing continuing to grow in popularity through cards like Bellator: Dynamite 1 and GLORY, because “people like watching fighters slug it out.”

“They can see the heart that fighters display and pushing themselves to win,” Gonzalez said. “You can show your hands and feet, and people like to watch that.”

“He always brings it, and I love that,” Gonzalez said. “I love to put on a good show for the fans. I think we can put on a ‘Fight of the Year’ candidate.”

Gonzalez isn’t taking Daley lightly, but he believes that Daley’s biggest strength can also be his biggest weakness.

“He likes to throw big shots, which makes him vulnerable to counters,” Gonzalez said. “I plan to take advantage of that.”

Gonzalez will never turn down the chance for a knockout victory. However, he prefers to let the knockouts come to him.

“What I really want to do is break my opponent mentally, so he never wants to fight me again,” Gonzalez said. “But if he does, I want him to have that mental block that he needs to get over. I’ve had seven weeks to prepare, but I only have nine minutes to fight, so I’m just going to go in there and have fun.”