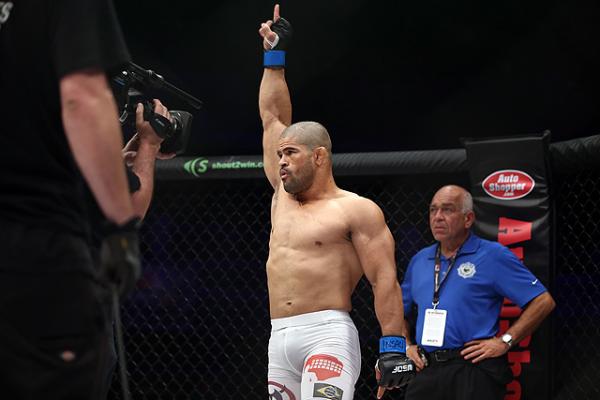 On Saturday, Aug. 1, World Series of Fighting held its 22nd event from the Planet Hollywood Resort and Casino in Las Vegas.

In the night’s main event, the promotion’s welterweight champion, Rousimar Palhares, put his belt on the line against fellow UFC veteran Jake Shields. The Brazilian Palhares needed just 69 seconds to capture WSOF gold in his promotional debut. The 35-year-old then defended his title against Jon Fitch in December, earning his 14th career submission win. Shields also held wins in two appearances in the WSOF cage. He ran through Ryan Ford in October, before submitting another big show veteran, Brian Foster, in January.

The co-main event also featured gold on the line as bantamweight champion Marlon Moraes took on the unbeaten Sheymon Moraes. Marlon had been with the promotion since its inception, racking up seven straight wins. Sheymon made his promotional debut last December and moved to 7-0.

The preliminary card aired live on Combat Press at 8:15 p.m. ET. The main card was broadcast on the NBC Sports Network at 10:30 p.m. ET.