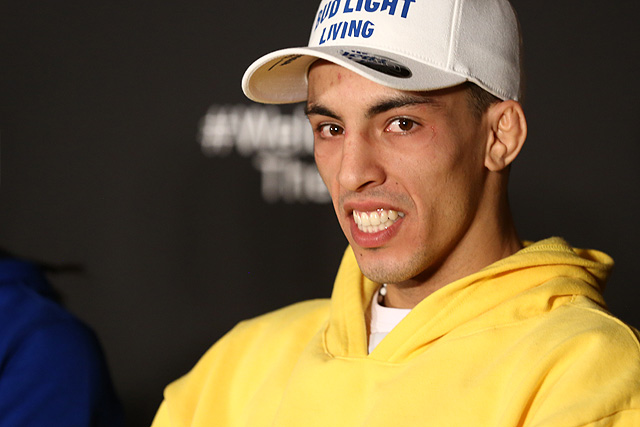 On Saturday, July 11, the UFC hosted UFC 189: Mendes vs. McGregor from the MGM Grand Garden Arena in Las Vegas.

In the night’s main event, an interim featherweight champion was crowned after divisional kingpin Jose Aldo was forced out of the event due to a broken rib. The promotion responded by inserting two-time title challenger Chad Mendes against rising star Conor McGregor. McGregor entered the contest having yet to taste defeat inside the Octagon. The 26-year-old Irishman had compiled a 17-2 record, with his last five wins coming under the UFC banner. Mendes, meanwhile, got another crack at UFC gold. The Team Alpha Male product had tasted defeat just twice in his career, both at the hands of Aldo.

Above are video highlights of the fight between Thomas Almeida and Brad Pickett (courtesy of the UFC).