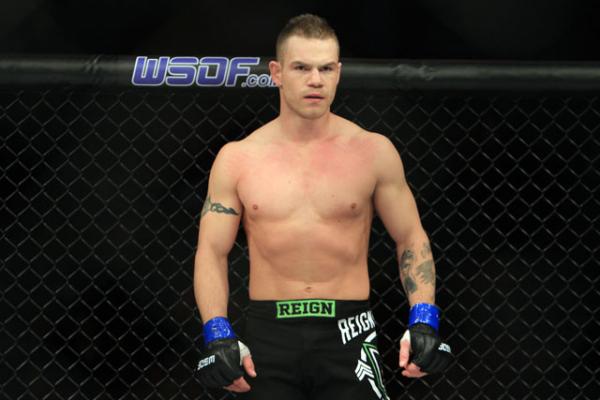 On Friday, June 5, World Series of Fighting will hold its 21st event from the Edmonton Expo Centre in Edmonton, Alberta, Canada.

In the night’s main event, the promotion’s featherweight champion, Lance Palmer, puts his belt on the line against longtime veteran Chris Horodecki. Palmer captured the title in December with a submission finish of Rick Glenn. The Team Alpha Male product enters the bout with 9-1 record. Horodecki, meanwhile, will hold a significant experience advantage. The 27-year-old Canadian is nearing his 30th professional fight, having fought in the IFL, WEC and Bellator MMA. He has won three of his last four, including his WSOF debut in October.

The co-main event also features gold on the line as the heavyweight championship is up for grabs between Smealinho Rama and Blagoi Ivanov. The 23-year-old Rama rides a three-fight winning streak that includes wins over Derrick Mehmen and Steve Mocco in the WSOF cage. The Bellator veteran Ivanov is coming off the first loss of his career, a submission defeat to Alexander Volkov. Prior to that, the Bulgarian had won 11 straight.

The preliminary card airs live below at 7:30 p.m. ET and following the main card at 11 p.m. ET. The four-fight main card broadcasts on the NBC Sports Network at 9 p.m. ET.