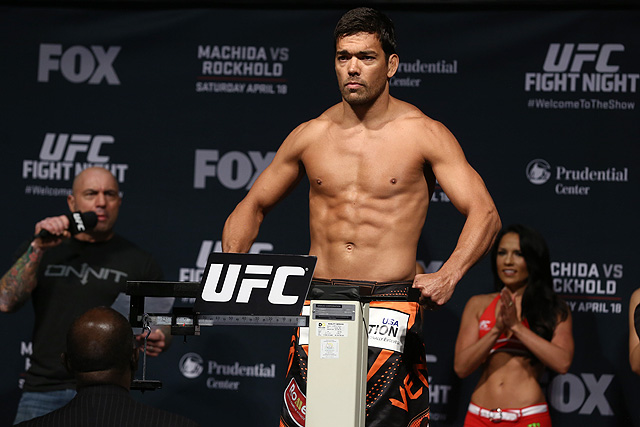 On Friday, June 26, the UFC will host the weigh-ins for UFC Fight Night 70: Machida vs. Romero which takes place Saturday, June 27, from the Seminole Hard Rock Hotel and Casino in Hollywood, Fla.

In the night’s main event, former light heavyweight champion Lyoto Machida aims to re-establish himself as a middleweight contender as he takes on Cuba’s Yoel Romero. Machida will look to bounce back from his second-round submission loss to No. 1 contender Luke Rockhold in April. Romero, meanwhile, has yet to taste defeat inside the Octagon. The wrestling stalwart has reeled off five straight wins to climb the 185-pound ranks.

* – Gonzalez was given two hours to lose the additional three pounds