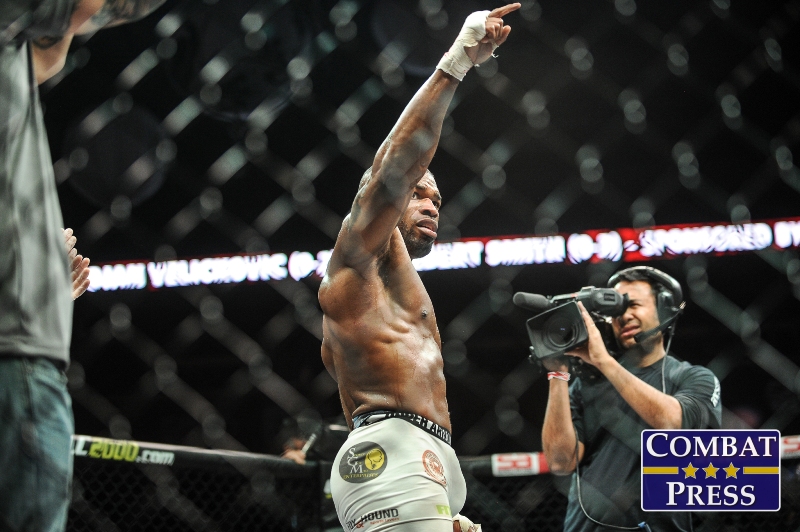 On Friday, June 5, Resurrection Fighting Alliance returned to the Denver area for its 26th event. The promotion once again visited the 1STBANK Center in Broomfield, Colo. The night’s main card aired live on AXS TV at 10 p.m. ET.

In the night’s main event, recently crowned welterweight champion Benjamin Smith looked to defend his 170-pound title against former title challenger Gilbert “Jamal” Smith. Benjamin Smith captured the belt in March with his sixth straight victory — a third-round TKO over Tat Romero at RFA 24. His opponent, Gilbert Smith, hoped to rebound from a hard-fought, five-round war against Chidi Njokuani in January at RFA 22.

The co-main event featured the promotional debuts of lightweights Marcus Edwards and Thiago “Monstrinho” Alves. The 26-year-old Edwards is a veteran of Titan FC and Canada’s Maximum Fighting Championship. Eight of his nine career wins had come inside the first round. Brazil’s Alves entered the contest on the heels of back-to-back first-round submission wins. Six of his eight victories had come via tapout.

Above are video highlights of the main card (courtesy of AXS TV).