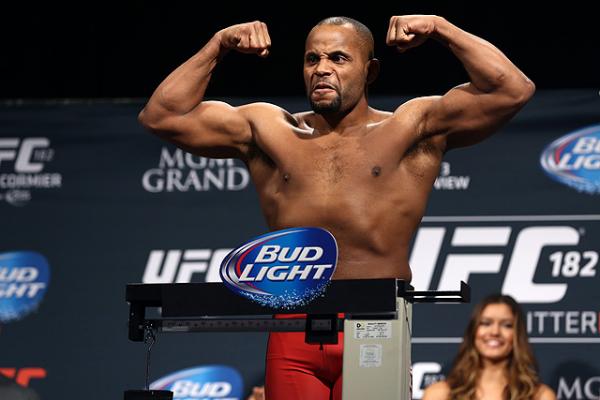 On Friday, May 22, the UFC will host the weigh-ins for UFC 187: Johnson vs. Cormier which takes place Saturday, May 23, from the MGM Grand Garden Arena in Las Vegas.

In the night’s main event, the promotion’s light heavyweight belt will be up for grabs as Anthony “Rumble” Johnson locks horns with Daniel Cormier. Johnson was originally slated to battle the previous titleholder, Jon Jones, before Jones was stripped of his title and suspended indefinitely. Instead, Johnson will look to extend his current winning streak to 10 as he takes on the wrestler Cormier. The 36-year-old Cormier will be aiming to bounce back from the first defeat of his career against Jones at UFC 182 in January. Prior to that, the former Olympian had won 15 straight fights.

The co-main event of the evening also features UFC gold on the line as middleweight champion Chris Weidman clashes with former champion Vitor Belfort. The long-awaited match-up has been delayed multiple times due to injury, but now Weidman eyes his third title defense against the Brazilian. The 38-year-old Belfort returns to 185 pounds for the first time since 2012.