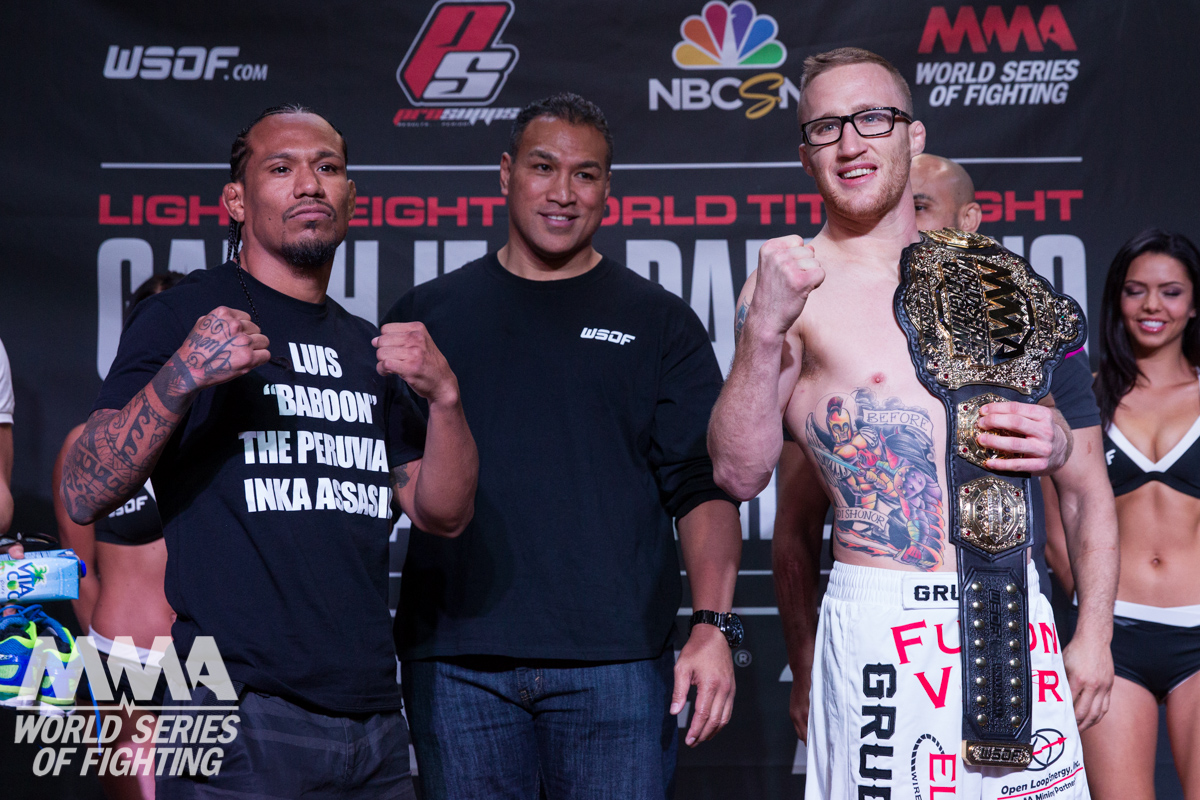 On Friday, March 27, World Series of Fighting held the weigh-ins for its 19th event which takes place Saturday, March 28, from the Comerica Theatre in Phoenix.

In the night’s main event, lightweight champion Justin Gaethje will put his 155-pound strap on the line against veteran Luis Palomino. Gaethje enters the title defense with an unblemished, 13-0 record. He was last in action in November, earning a decision win over UFC veteran Melvin Guillard. Palomino, meanwhile, steps into the title affair having won two straight in the WSOF cage. The 34-year-old has won his last four fights via knockout.

The championship tilt is joined by one half of the promotion’s light heavyweight tournament ladder as UFC veterans Matt Hamill and Thiago Silva lock horns for a second time. Both fighters have been out of action since October of 2013, when, ironically, they fought one another in the UFC Octagon. Silva earned a unanimous decision victory in that bout and will look to repeat the result under the WSOF banner.

The preliminary card airs live below at 6:15 p.m. ET. The four-fight main card follows on the NBC Sports Network at 9 p.m. ET.

Video of the event’s weigh-ins appears above, while results appear below.