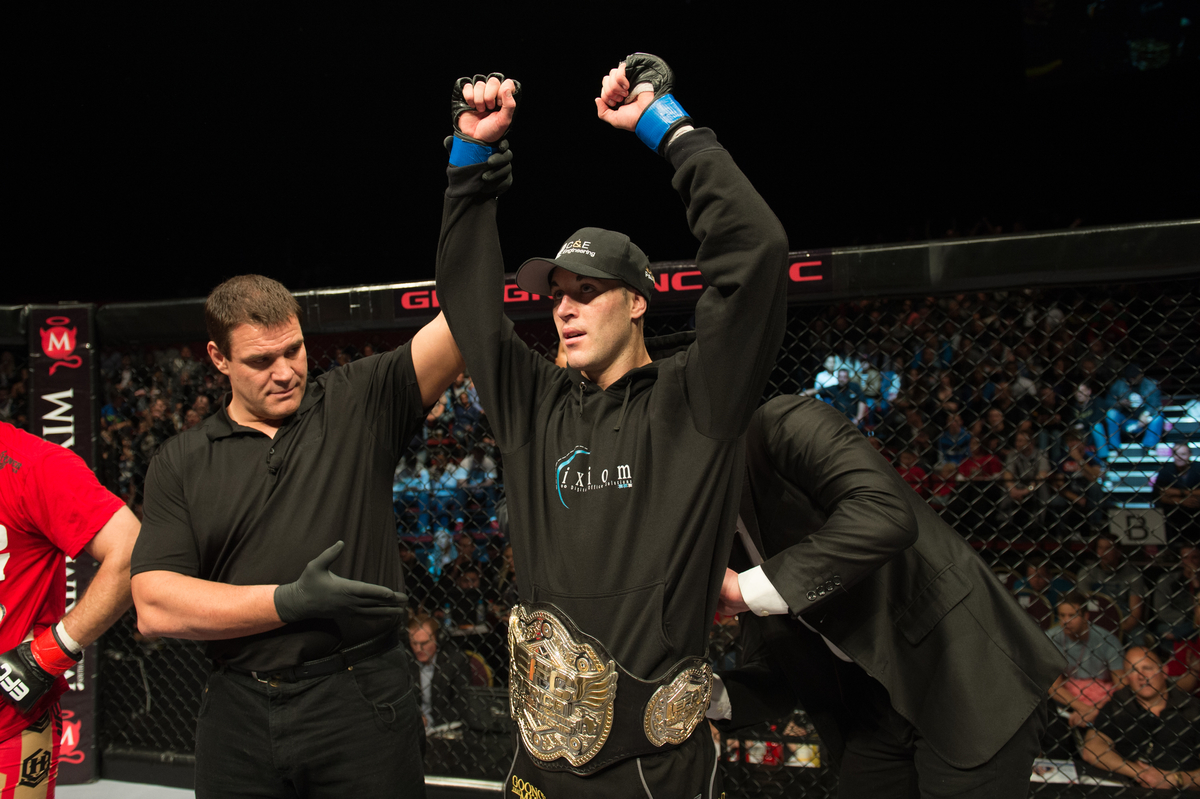 It was 2012 when reigning EFC featherweight champion Boyd Allen first stepped inside the Hexagon to compete. For the third and final time of his career thus far, he fought to a judges’ decision. All three judges scored the bout in his favor, and on that night, way back at EFC 12, Allen was introduced to the passionate fans of African mixed martial arts.

Eight fights and seven wins later, Allen is classed as the best featherweight in all of Africa. He holds the coveted championship that so many athletes in the region dream to hold. Not only has he beaten everybody in his path — with the exception of a lone draw — but he has done so in undeniable fashion with all of his victories since his debut being by way of submission.

There is no doubt in anybody’s mind that Allen is the best featherweight in all of Africa. However, like any professional athlete that strives for greatness, Allen just wants to continue getting better. Being seen as the best of the best doesn’t change a thing.

“I feel honored,” Allen admitted to Combat Press. “And I know that I need to keep improving as an athlete day in and day out. I haven’t stopped training and I’m constantly trying to add tools to my game and better the basics.”

It was a little under five years ago that Allen first tried his hand at mixed martial arts. On the back of some success in boxing, Allen leapt head first into the emerging sport of MMA. It didn’t take long for the naturally talented fighter to find success in his new arena, and even though he has had setbacks in his professional career, they have been few compared to his successes.

“I wanted to try something different for a new form of fitness for my boxing career and ended up loving MMA in its full capacity. It was very different but very challenging at the same time,” Allen recalled. “It took me a while to really get into it but remained undefeated as an amateur. I have lost before in my MMA career before I joined Fight Fit Militia and EFC. I’ve also lost during my boxing career. I believe it has helped me more than anything else.”

Looking back at how it felt when Allen first made the transition from boxing to MMA, it was almost a lifetime ago. Since then, Allen has mustered up 11 professional victories, and now, when he competes, it looks like clockwork. Back then, however, he felt completely different to how he does now.

“I was tired, very tired,” Allen confessed with a laugh. “The boxing was fine but the combination of stand up, wrestling, clinch and ground was a whole new ball game.”

Recently, MMA in Africa has started to take off. At this point in time, EFC has seen two of its champions get their call up to the biggest platform in the sport — the UFC. It shows that mixed martial arts in the region has now started to develop to a stage where the athletes are starting to make a global impact. And it’s still early days yet.

“It has been amazing so far and it’s just getting better,” Allen admitted. “Soon, we will be able to compete with top athletes around the world.”

With one title defense already in the books, things aren’t looking to slow down for Allen any time soon. Although he has defeated his current challenger Wesley Hawkey once before, it doesn’t change a thing for Allen. Like any fight that he has entered before, his upcoming one on April 4 at EFC 38 will prove to be a challenge that he undertakes with all guns blazing.

“I take the fight as it comes,” Allen said. “And I will capitalize where I can. I just drill certain sequences and scenarios to be prepared for anything. This is the most important fight of my life at the moment and it has my full focus and attention. I thank Wesley for being a part of my journey.”

Boyd would like to thank all of his sponsors, all of his supporters and mostly, ‘my team of Sharkmen, they are the reason I am capable of all of it.’ Follow Allen on Twitter: @BoydAllenEFC
Advertisement