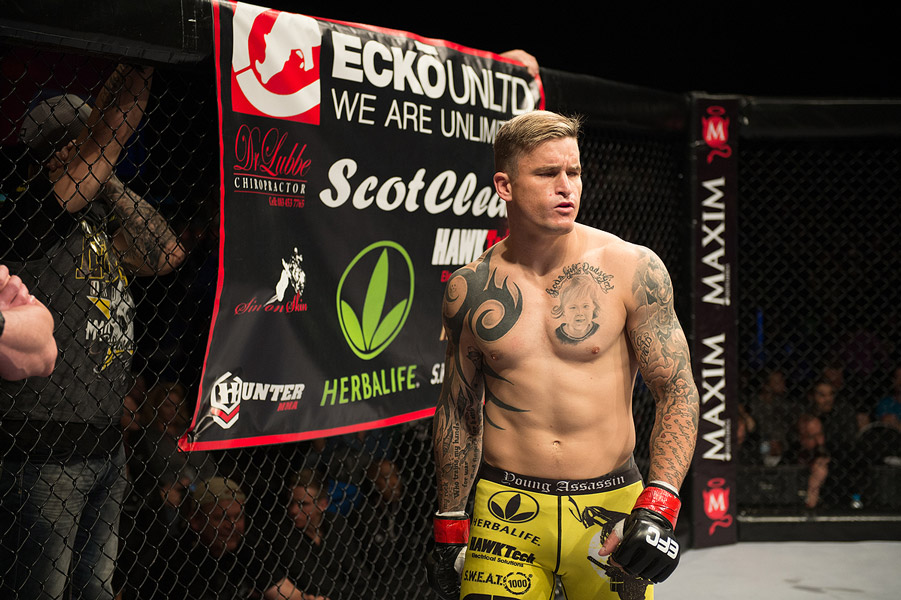 Above is a video clip of the full fight between Hawkey and Denzil Wait which took place at EFC 12 on March, 2, 2012.