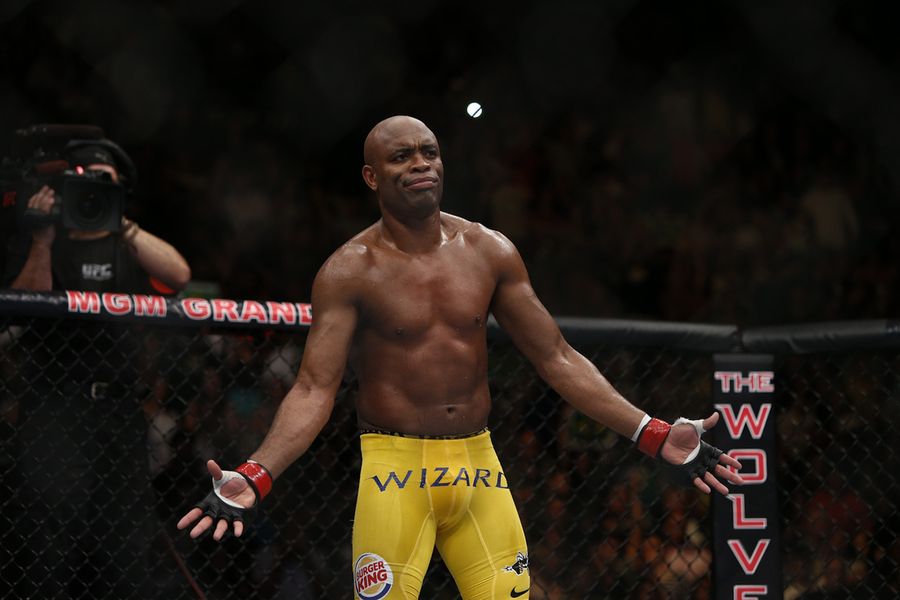 Is the MMA World Overreacting to Failed Drug Tests of Anderson Silva and Others?

Is the MMA world overreacting to the positive steroids test of Anderson Silva and others?

It is widespread journalistic modus operandi for the majority of media outlets to overreact to even the smallest story and rapidly over-report the issue to the level of epidemic. Under a desire for clicks and shares, media outlets overemphasize the outrage we as citizens or fans feel toward an issue, leading to more ire — and more clicks — until a story that might have been a minor issue takes on epic proportions. But on the issue of Silva’s positive test results for Drostanolone and Androstane, the MMA world is underreacting, especially considering he is not the only high-level MMA athlete to fail a drug test of late. In addition to Silva, the UFC’s Hector Lombard and the World Series of Fighting’s Jon Fitch have also recently tested positive for performance-enhancing drugs.

While PEDs are nothing new to the world of MMA, the stature and number of fighters that test positive for some type of banned substance seems to be increasing at an alarming rate. Silva, widely considered the greatest of all time, is certainly the biggest name to test positive, but both Silva and Lombard illustrate the biggest problem regarding steroids in MMA: the athletes do not fear the consequences of taking steroids. And, more importantly, fans are starting to lose faith in the warriors they once loved.

Anderson Silva has stated that he used the same doctor that Antonio “Bigfoot” Silva, no relation, was using in 2013 when Bigfoot tested positive for elevated levels of testosterone while under a therapeutic-use exemption. Anderson claims to be innocent of using steroids. But if a fellow fighter and friend was popped under a particular doctor, why use the same doctor? While Anderson might indeed end up being innocent of knowingly ingesting steroids, as he so claims, but he is at the very least guilty of making a poor choice of physicians.

Lombard, meanwhile, flunked a fight-night drug test at UFC 182 on Jan. 2. Testing positive for the designer steroid DMT, Lombard was subsequently pulled from his April 25 UFC 186 bout with Rory MacDonald. Other than testing positive, Lombard’s case is notable due to the fact that he was sponsored by an anti-aging clinic prior to his bout at UFC 182. Baseball fans will recognize the term “anti-aging clinic” due to the involvement of a similar clinic in the Biogenesis steroid scandal that rocked the baseball world and resulted in the suspensions of over a dozen MLB athletes roughly a year ago. Why would an MMA athlete so blatantly flaunt that he was being sponsored by the same type of clinic that caused so many problems for professional baseball? It’s because the type of penalties that exist in baseball for steroid use do not exist in the MMA world.

So, what, if anything, can be done in order to clean up the sport? As with any act one wishes to curb, you must increase your ability to detect it before it happens and simultaneously increase the punishment for those caught performing said act. Both Fitch and Anderson Silva were counted as some of the most vocal critics of steroids prior to testing positive, with Silva going as far as to suggest that steroid users never be allowed to fight again. While a lifetime ban may not be feasible for a first-time offender, increasing the punishment from a six- to nine-month suspension and accompanying fine would be very easy to implement. A two-year ban for first-time offenders, along with forfeiture of the entirety of a fighter’s purse to his opponent, would prove a stiff enough penalty to make athletes think twice before juicing up. For a second offense, a lifetime ban would seem to be appropriate, and it would again serve as a strong deterrent to any athlete considering using a banned substance.

The second thing that needs to be implemented is year-round, random and out-of-competition testing for all UFC athletes. Obviously, not every athlete fights under the Zuffa umbrella, but, like it or not, they are the leaders of the MMA world and leadership means responsibility. The UFC maintains the largest visibility by far among MMA organizations in the world, and its hypothetical example of strenuous testing of its athletes would go a long way toward proving the sport to be on the up-and-up. What better way to prove itself head and shoulders above the rest of the fight world than to have the cleanest and most tested athletes on the planet? The cost of such testing is significant, and to remove any conflict of interest, the testing should be performed by a reliable and recognized authority such as WADA. Any cost should be offset by the idea that bouts such as MacDonald/Lombard will no longer need to be canceled or rescheduled and public-relations nightmares can be avoided.

MMA has a steroids problems. Like other professional sports, it will continue to have one until it admits it has a problem and begins to change the culture. Penalties need to be increased, and those penalties need to be significant enough to affect the fighter’s wallets in a major way. Coupled with strenuous year-round professional testing, penalties would form a strong deterrent to any mixed martial artist considering cheating himself, his opponent and the fans. If the sport wishes to continue its rapid growth and be taken seriously among mainstream America, it will have to face the issue sooner rather than later. Fans are starting to wonder if every fighter is on steroids or, at the very least, which one tested positive from the most recent event. Fans are starting to wonder which athlete they can trust, if any. And when the fans start wondering which of their heroes may or may not be playing by the rules, they change the channel.