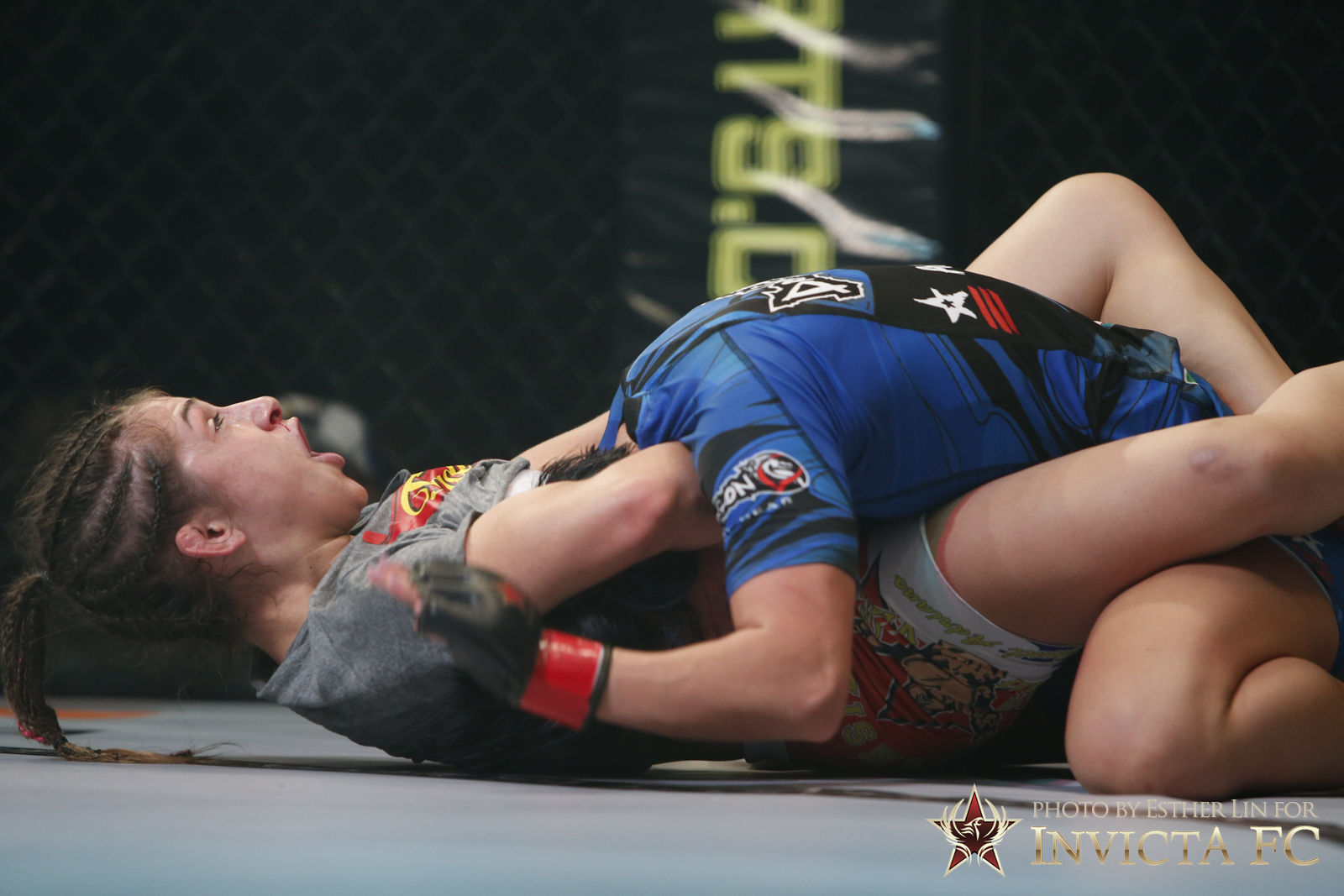 If it’s been said once, it has been said a dozen times. With the lightweight division in women’s MMA, you have to be patient. They don’t get as many fights as women in other weight classes. Debuting in the top 15 is British fighter Lisa McCallam, who came back from a two-year layoff to beat Stacey Hayes in her most recent bout. That win puts her name in a short line of top women. Next month, a couple of fighters will step back into the cage. First will be second-ranked Jozette Cotton, who looks to make headway at the top of the rankings when she fights Kilastina Matatohi. Also, Jessica Halverson will fight Charlene Donahue in a bout that could bring her one step closer to the top five.

The featherweight division is beginning to show off some of its newer stars and expand its depth. At Invicta FC 10, Peggy Morgan defeated Andria Wawro, effectively trading her non-ranked status for a spot in the top 10. It was a good performance that showed the cut to 135 pounds may have been drawing her out too much. Jessy Miele continued her march up the rankings in a busy 2014 by besting Lissette Neri in a thriller. The decision was close, but it showed why Miele is a very intriguing prospect at 145 pounds. As of right now, no ranked 145ers are set to do battle in January. However, they have picked up in activity lately, which is why you should expect more shake-ups in the near future.

For a division as popular as the women’s bantamweights, it surely seems like it isn’t the most busy of the women’s weight classes. That said, it does pack the most star power. Tonya Evinger continued her march up the rankings at Invicta FC 10, where she submitted Belgian veteran Cindy Dandois to score yet another armbar win. That victory further proves Evinger’s worth, and she may not be far away from a spot on the UFC roster. A huge bantamweight showdown is set for January, as Miesha Tate and Sara McMann jockey for position in the top five. Both ladies are among the best in the UFC, giving this fight huge implications.

The flyweight division is heating up, and huge movements were made in the month of December. Barb Honchak may have found herself a top contender to her Invicta championship, as DeAnna Bennett continued her meteoric rise by besting Jennifer Maia. That win easily puts her in the title picture. At that same Invicta event, Roxanne Modafferi continued her career resurgence by defeating prospect Andrea Lee on the scorecards. Modafferi has continued to show huge improvements in her striking and continues her mastery on the ground. The last major flyweight bout of the month was a Silvana Gomez Juarez victory in Brazil. She took on late-notice opponent Vanessa Melo, whom she dominated. There are no ranked women fighting in January, but former ranked fighter Brenda Gonzales will be returning to the division against Lacey Schuckman. A win could vault her back into the top 15.

The strawweight division was incredibly busy in December, as The Ultimate Fighter 20 finally came to an end and a UFC champion was crowned. That woman was Carla Esparza, who dominated Rose Namajunas en route to a submission win. Esparza’s victory also earned her the top ranking in the world. Meanwhile, a top contender emerged, as Poland’s Joanna Jedrzejczyk edged Claudia Gadelha in a thriller of top-five adversaries. In addition to Esparza and Jedrzejczyk winning in the weekend of strawweight bouts, Joanne Calderwood, Jessica Penne, Tecia Torres and Felice Herrig all snagged victories, helping solidify their spots in the rankings. January will be a quiet month, but that comes as an aftermath of a strawweight onslaught to end the year.

December brought great changes to the atomweight division, especially at the top of the rankings. Top atomweights Jessica Penne, Seo Hee Ham and Alex Chambers left for the UFC’s 115-pound division, which allowed Mina Kurobe, Satako Shinashi and Herica Tiburcio to move into the ranks. Tiburcio, a former strawweight, became the top atomweight in the world with a submission victory in her Invicta atomweight championship bout against Michelle Waterson. It was a massive upset that has put the Brazilian spark plug on the map. On that same card, Jinh Yu Frey continued to show her promise as a young fighter. Frey dominated Cassie Robb en route to a finish. Shinashi’s ranking comes as a result of two wins to finish out 2014, including a New Year’s Eve victory over Rika Hamada. On that same card, Ayaka Hamasaki continued her dominant atomweight campaign by beating Mei Yamaguchi.