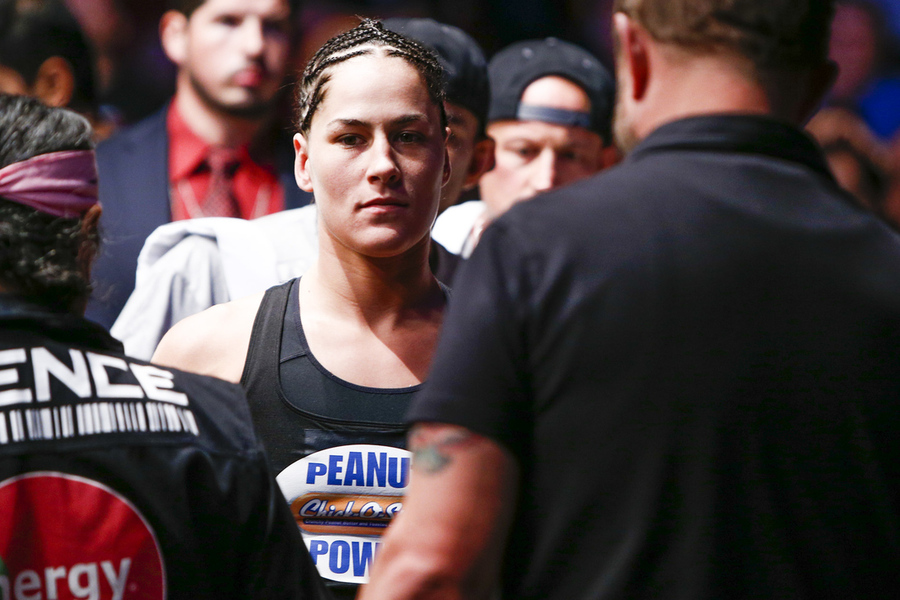 UFC 180’s Jessica Eye: Leaving the Past Behind

Where is Jessica Eye? That’s a question some fans may have been asking themselves these last several months. Well, the answer is simple: She hasn’t gone anywhere.

The last time we saw Eye in the Octagon, she was battling Strikeforce veteran Alexis Davis. That fight took place in February and marked Eye’s sophomore UFC outing. Eye lost a close split decision to Davis. It was her second setback as a UFC fighter.

The loss was a hard pill to swallow. She had seen her Octagon debut against former Strikeforce women’s bantamweight champion Sarah Kaufman change from a win to a no-contest after Eye failed her post-fight drug test by testing positive for marijuana. After the February loss to Davis, Eye took a step back.

“I wasn’t in the right mind set,” confessed Eye. “I was kind of angry all the time, just really not in the right spot. I think that over the nine months I’ve had a chance to get a better understanding of my diet, get a better understanding of my training and how I want it to go. This is actually the best nine months I’ve had ever in my years of training in MMA”

On Saturday, Eye will look to put those past two fights in the rearview mirror. She’s set to meet Leslie Smith at UFC 180 in Mexico City.

When it comes to her next opponent, Eye feels that Smith will not be bringing in a new bag of tricks but she also is not over looking Smith either.

Eye has a lot to prove. Her first UFC win was snatched away from her due to a failed drug test. Her second UFC fight ended in a close loss. Now, all she wants is a memorable win. If she gets it, fans won’t be wondering where she is. She’ll be in the middle of that Octagon with her hand raised.