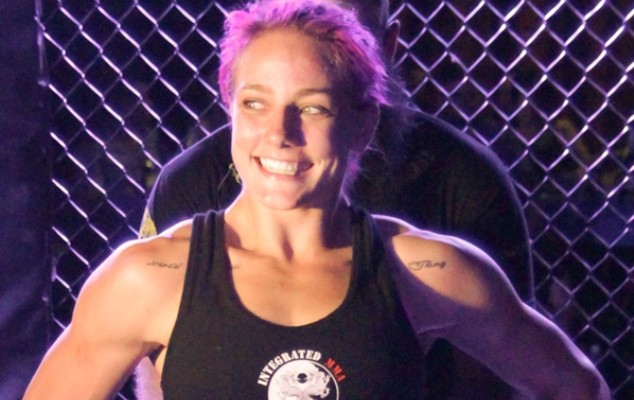 Invicta FC has added another Australian fighter to its roster.

Combat Press has learned through sources close to the situation that Jessy “Jessy Jess” Rose is the latest Australian to sign with the promotion. She becomes the fourth Australian to join the promotion, following in the footsteps of Fiona Muxlow, as well as the UFC’s Bec Rawlings and Alex Chambers.

Jessy Jess competes in the bantamweight division and is currently riding a three-fight winning streak with notable victories over Kate Da Silva, Rhiannon Thompson and Arlene Blencowe. She has just one defeat on her record, which came in the form of a decision loss to Kyra Purcell in November 2013. Jessy Jess was slated to compete this past weekend in Melbourne, Australia, at Australian FC 11, but her opponent, Lana Kate, pulled out of the fight on weigh-in day, leaving Jessy Jess without a fight. It’s been a theme for Jessy Jess recently, as the Integrated MMA product has struggled to find competition in Australia after winning titles in the XFC Australia and Roshambo promotions. She also fought for gold in the Fightworld Cup organization, where she suffered her loss to Purcell. She has expressed her desire to test herself on the international stage, and she’ll now have the opportunity to do so.

A date and opponent for Rose’s Invicta FC debut have not yet been confirmed.